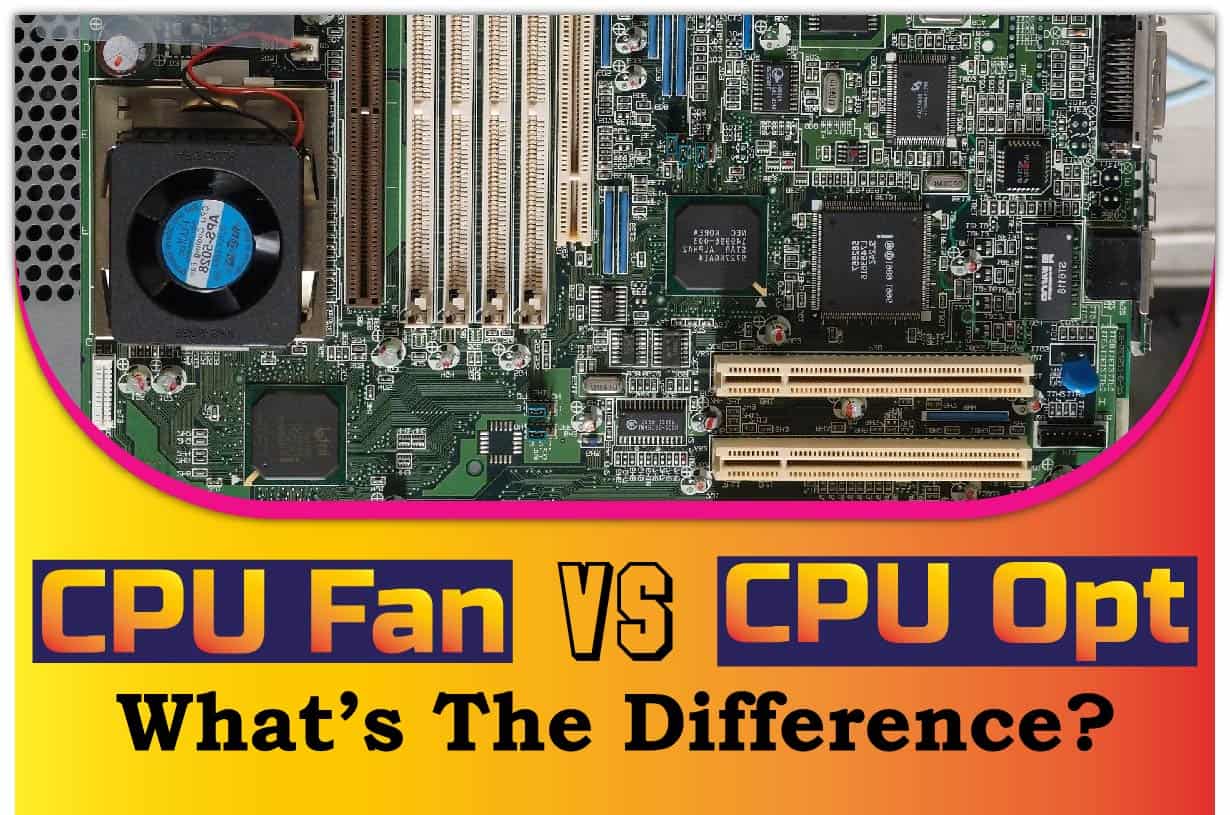 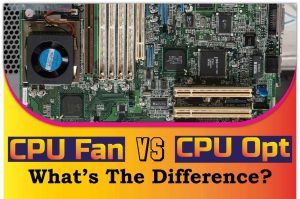 When you’re working on your motherboards, you’re very likely to come across fan headers called CPU Fans and CPU Opts. Most individuals are not familiar with these terms.

Even if you know a bit about them, it’s normal to get confused among the two headers.

What Is CPU Fan?

The CPU Fan is the chief header that your motherboard works with. Apart from the motherboard, it is also required by BIOS software and many other notable software to take care of the sensors of your CPU.

Being the principal fan header, this one has the job of modulating the thermal status of the CPU. It regulates and monitors the speed of the fan and works according to the provided load.

The CPU Fan is generally engaged for the CPU heatsink fan so that your motherboard can halt down when the header reading reaches zero. It also maintains the flow of hot air within the processor, which plays an important role in cooling.

What Is CPU Opt?

CPU Opt refers to CPU Optional in short. As the name suggests, this is more of an optional fan header that might not be needed for every CPU. If you have two or more fans on your radiators, CPU Opts are required to provide a plugging space for those circumstances.

Since it is an optional header, you only need to use it for your second fan or a flowmeter as a power source. Especially with water-cooling pumps, this header might be a good option that only needs some amount of power to get by.

Although it sounds quite plain, the CPU opt is actually a very necessary part that might be very useful if you have multiple fans in your cooler.

What’s The Difference Between CPU Fan And CPU Opt?

In a nutshell, the CPU fan refers to the fan fixed over the CPU heatsink, whereas the CPU Opt is a discretional fan that is suitable for only large heat sinks. While the CPU fan provides the primary connection for the cooler, the Opt only comes in handy in the case of second fans or radiator coolers.

Basically, they only differ from their connection source and requirement. The primary fan is reserved for the CPU fan, while the next fans need CPU Opt.

You won’t need the CPU Opt if you don’t have multiple fans on your cooler. However, if you do possess a second fan, CPU Opt is a great blessing for it. This is how these two headers differ from each other.

How To Use CPU Fan And CPU Opt?

Let’s talk about how you can use these two fan headers.

Use the CPU fan when you need to connect the main fan from your CPU radiator. Now, your CPU cooler or radiator might have two fans. Use the CPU Opt for the second one. Simple right?

Make sure that your CPU fan is directed properly so that the airflow is adequate. You can install these fans easily by reading the necessary instructions, so it won’t be much of a hassle.

However, if you have more than two fans, use a fan hub to provide access to all of them. There are many fan splitters or hubs out there that can offer connection to multiple fans at the same time. So, you won’t need to worry about providing a connection source for your CPU coolers.

Case fans are needed to maintain air circulation within the computer case, where they are located. They do a good job at blowing hot air away from the computer cases and cooling them off. What is a power supply fan?

2. What software use CPU fans for working?

BIOS is mainly the chief software that needs CPU fans in general. However, SpeedFan and HWMonitor also require CPU fans to regulate the heat control within the CPU. They monitor the thermal sensors and maintain the heat balance within the processor.

The installation process is different for different CPU fans, but most of them need to be connected to the heat sinks directly, while others need the whole unit to be attached to the motherboard. It depends on the guidelines mentioned with each header, so it’s pretty convenient for everyone.

SYS and CHA fans are fan headers that are needed for case fans; however, they’re not attached to the CPU sensors. They appear free and need no connection to any of the primary fans on your cooler. You can control them in your own way, but they still do a good job monitoring the thermals in your computer case.

5. Why are CPU fans important?

CPU fans are important since they do a great job at cooling the processors, helping out with thermal regulation, and providing a connection source for the primary fans on the CPU coolers or radiators. They maintain the functions of the thermal sensors which is necessary for the processor.

CPU fan and CPU opt are both useful components of the motherboard. Though they are slightly distinct from one another, they both have active roles when it comes to CPU coolers.

If you’re curious about Cpu fan vs CPU Opt debate, this discussion can clear all your queries. In the future, hopefully, these two terms will not confuse you.