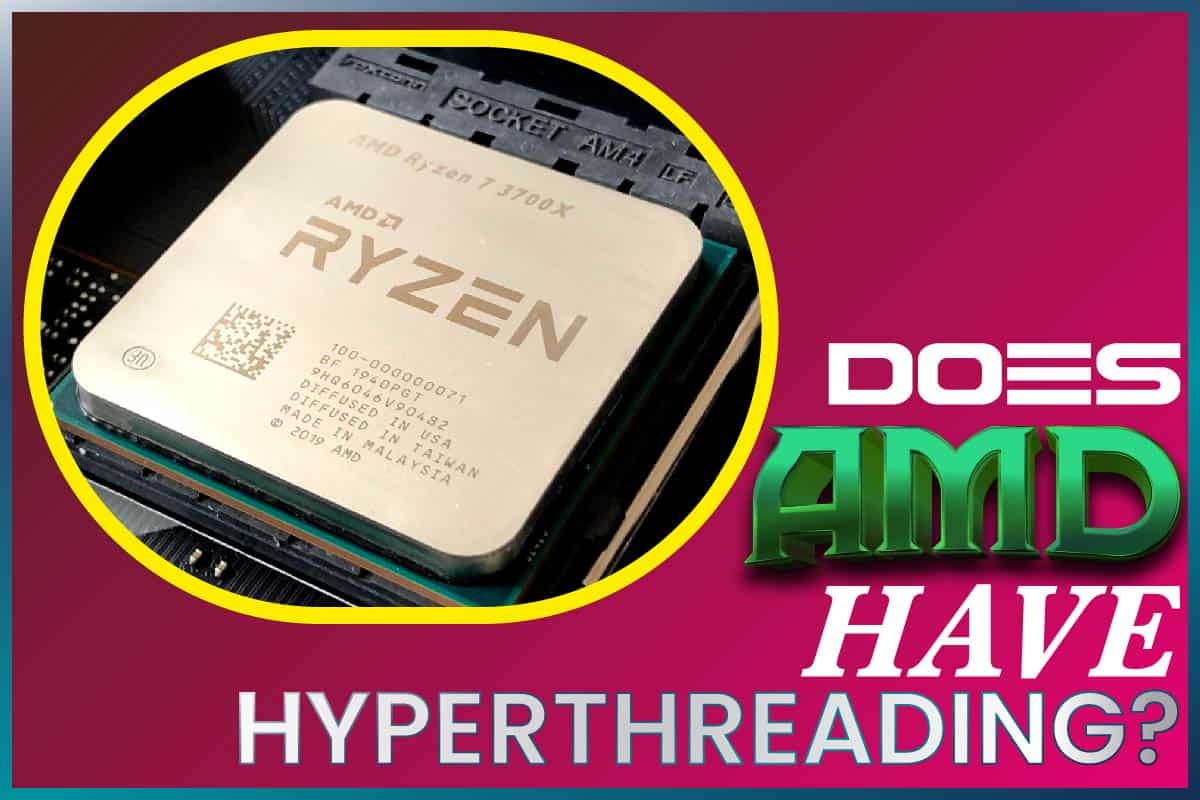 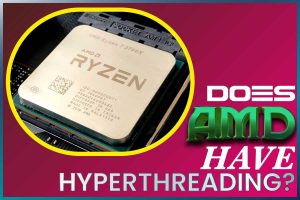 Hyperthreading has come far over the years and has made its name seen among tech enthusiasts and hardware junkies. As a result, it is an exclusive feature sought after when deciding to buy CPUs.

Intel and AMD’s CPU industry giants have been going at it for decades, giving us constant innovations. So, the obvious question arises when buying an AMD CPU; Does AMD have Hyperthreading?

No, it does not have Hyperthreading but has an equivalent named Clustered Multithreading.

Below, we’ll detail the answer to your question. Keep scrolling to learn more.

Hyperthreading is an Intel trademark. It is a ‘Simultaneous Multithreading’ (SMT) but with an Intel branding on it.  That is Intel’s answer to multitasking more efficiently.

Is Hyperthreading Absent From AMD CPUs?

If we are talking about just the name, yes, Hyperthreading is not available for AMD CPUs since it’s an Intel trademark.

But AMD does have an equivalent simultaneous multitasking technology to go head to head with Intel. It is called a ‘Clustered Multithreading.’ So AMD might not have Hyperthreading by name, but it does have its version of Hyperthreading.

Is Hyperthreading And Simultaneous Multithreading (SMT) The Same Thing?

Simultaneous Multithreading technology is a way of making virtual cores from actual cores. These virtual cores are called threads. The primary purpose of these threads is when we run an application that, for example, uses a little bit more than two cores but not three cores.

Here threads come into play, and instead of activating the 3rd core, a thread is enabled. As a result, this SMT technology makes the CPU very efficient.

Threads allow multiple applications and background applications to run seamlessly and efficiently because these tasks are divided among threads and not the full cores.

Intel’s Hyperthreading has some architectural differences, but it performs and serves the same purpose in principle.

With the introduction of AMD’s new Ryzen CPUs using Zen architecture, AMD had now created an SMT technology comparable and sometimes even better than Intel’s Hyperthreading.

This version of SMT by AMD is called Clustered Multithreading which opts out from the traditional block-based design to a cluster-based design. This design favors more cores which is more prevalent in AMD CPUs.

Why Are SMTs So Important?

SMTs divide cores into logical processing units called threads to more efficiently dividing work among the cores. The application of this technology is limitless as we can gain drastic efficiency improvements.

This technology also has possibly infinite potential as it will grow in efficiency as long as the architecture allows it to do so.

Which One Is Better, More Physical Cores Or More Threads?

Even though threads are revolutionary and allow the cores to run with vastly improved efficiency, the desire for the cores is still unmatched.

Think of it like this; if a specific program needs more than the cores you have, it doesn’t matter if threads divide the core itself.

The program doesn’t need efficiency when the total computing power needed is not present. So a combination of high amounts of cores with an industry standard of two threads per core is often the most sought out.

Pros And Cons Of Hyperthreading/Clustered Multithreading

When it comes to technology, there are always pros and cons. There is no exception here.

Do you Need Simultaneous Multithreading Technology?

It depends on the job you wish to perform. High SMTs are usually required for high fidelity video editing, rendering 3D models, running 3D simulations, etc. If your job involves a lot of time to execute then, SMTs are for you.

There are architectural differences, but their purpose is the same.

Theoretically, yes, but we will get diminishing returns at a point where the cost will not justify the efficiency.

It’s an Intel trademarked branding for its SMT technology.

Does AMD have Hyperthreading? Now, you know the answer. AMD might have taken a long time to catch up to Intel, but now with technological breakthroughs of their own, they have a solid stand in the CPU market.

It won’t take you as long as AMD. Learn about Hyperthreading or SMTs with all this information. Start exploring now.