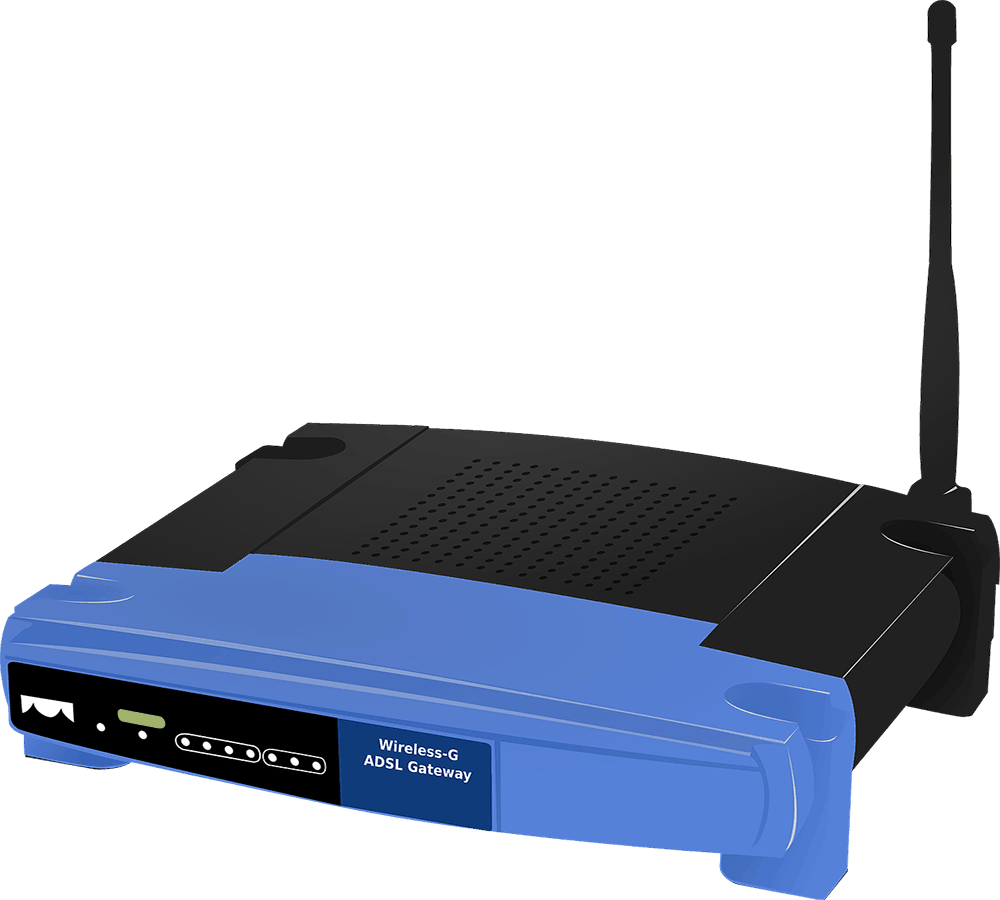 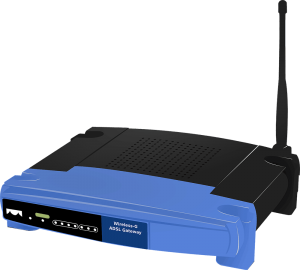 It’s no longer news that the world as we know it is gradually tilting towards wireless technology. This type of technology gives us the ease of being connected to the internet from any location world over. It, therefore, suffices to say that Wireless internet is the number one choice for anyone looking to maximize the internet space.

With more IoT applications popping up every day, we can only expect to see an increasing number of smart devices in our offices and homes as time goes by. You should also know that you may use Ethernet from WiFi but you have to know how to convert WiFi to Ethernet. Does using Ethernet slow down wireless? We will find the answer to this and other pressing questions in this article.

Does using Ethernet slow down wireless?

This is a yes or no type of question depending on the situation being considered. The fact is that wired connection usually gets about 1 Gbps or 100mbps in much older routers and gets 1300 Mbps or 300 Mbps shared between the WiFi users.  Having a device hardwired, therefore, disallows if from the shared bandwidth.

There is no situation whereby having a hardwired device will be worse than a wireless device. On the other hand, if you own a very good router, then it should be able to handle WiFi and Hardwired connections without having to slow down. However, if you opt for a cheaper router, it may struggle to keep up. In this case, the more the devices connected, the greater the struggle.

What Slows Down Wifi Connection?

There are several reasons why your WiFi connection may be slow, here are a few of them:

1. Blockers that could impede the signal

It is only reasonable that you do not put your Modem or WiFi router behind any obstacle like a closet or cabinet. This is because they can impede the Wireless signal from passing through. Also, you should know that the more walls the wireless signal faces, the weaker the signal will become. The reason for this is that materials such as lath, plaster and ductwork act as blockers.

This is another factor that could slow down the network speed of the internet. The further the distance, the weaker the internet signal will become. In this situation, it is only advisable that you relocate the modem or router.

Things such as baby monitors, cordless phones and wireless speakers are usually on the same frequency. This, in turn, can have a telling effect on your WiFi speed. These devices also operate on the same frequency as your WiFi. This can, therefore, lead to a situation known as signal jamming.

You should know that not all devices are created with the same capabilities in terms of handling speed. For instance, the newer tablets, Smartphones, and computers are designed in such a way that they are faster. However, this does not mean they will be able to attain full wired speed. Also, the majority of Modems will slow your device speed especially if that device is slow. This simply implies that if you have a fast device, its speed will be affected by the slow device. Therefore if you are looking to carry out heavy internet functions, you should use an Ethernet cable directly.

if you stay in a heavily populated environment like condos, apartment complexes, and subdivisions, you will realize that they are usually susceptible to WiFi congestion. Living in an area along with people who use the same WiFi as you do means that your signal will be competing with others for speed.  Hence, you need to be mindful of your router signal frequency and other relevant information to stay ahead of the game.

Another thing that could lead to sluggish internet connectivity is a loose coaxial connection. Hence, you should always check to see if the cable is properly tightened to fit around your router. Also, make sure you check for damages to the cable from time to time.

For those who belong to the category of a superuser, a basic WiFi connection may not suffice. This is because it may not provide the needed speed and strength to get the job done. Hence, if you make use of more than one WiFi device in your house and you stream from everywhere, you may want to use the 802.11ac multi-band router along with access to the 5G band.

Old operating systems and firmware can have a telling effect on your connection speed. Always make sure that your device is regularly updated in terms of its software. This is one big step to ensuring that your device internet runs perfectly at all times.

There is a possibility of a device dragging the available bandwidth and as such hindering the internet speed. When you find yourself in this situation, you may be faced with a disruption in connectivity. Because your wireless network is just as slow as your slowest device, a device dragging the speed could make all your other devices slow down in speed. In this situation, you may need to upgrade the device or disconnect it from the network.

What Exactly Is Ethernet?

Ethernet is simply a way of getting devices connected using LAN, it was introduced back in 1973. This connection consists of a hub, Ethernet cable, router, and crossover. It is designed to enable devices to relay data through a network.

This is the wireless technology that is enabled to connect devices to the internet without the need of physical wire connections. It was introduced back in 1999 and it has grown in popularity ever since then.

Comparing And Contrasting Wifi And Ethernet 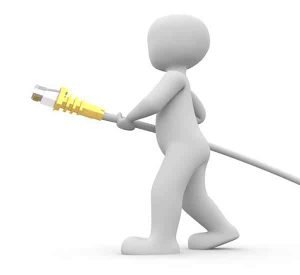 The question about which is better between WiFi and Ethernet is one that may not be straightforward to answer. however, certain distinct features mark them from each other. For instance, Ethernet makes use of cables and as such, it tends to provide faster internet connections than WiFi.

Wireless connections, on the other hand, maybe slow, but they provide convenience to the user-provided they are used within range. Also, WiFi spots are scattered all over the place. It, therefore, suffices to say that the major difference between then both lies in convenience and speed.

It should be noted that an Ethernet connection delivers stable speed and you will observe how fast this speed is when you are trying to download big files. They are also best suited for streaming high definition videos.

WiFi, on the other hand, is susceptible to signal fluctuations as a result of several environmental factors. WiFi networks can be pretty inconsistent in terms of performance.  You can, however, minimize the signal fluctuation by placing your router in a perfect position in your office or home. Even at this, it may be quite difficult to achieve the same performance as an Ethernet.

WiFi was based on the 802.11g standard initially. Its peak theoretical speed was pegged at 54Mbs. With this connection, mobile phones could be connected to the internet.  The speed is however much slower when it is compared with the Ethernet which could provide as much as 1,000 Mbps and above. The latest WiFi standard, however, offers as much as 3,200Mbs which makes it almost as fast as Ethernet.

The quality and speed of a connection are not the only factors to consider when choosing between WiFi and Ethernet. One other factor to consider is the latency. This is simply the delay experienced when traffic moves from a certain device to another point. This is also known as the ping in the gaming cycles. It is a very important component involved in video games. The reaction time here must be fast and it also applies in the IoT world.  Wireless connections are known to have lower latency while Ethernet gives you higher latency.

With Ethernet, the chances of being hacked are quite low because only the devices that are physically connected to it can access it. Also, it is expected that the devices use a firewall so that they can be secured. Also, when you are transferring sensitive data ensure that you use WiFi networks that are properly encrypted. Be mindful of the fact that free public WiFi is usually the most insecure while WPA2-PSK is the most secure.

Which Connection Should I Choose From Between Wireless And Ethernet? 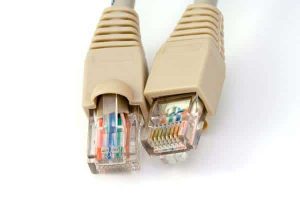 There are many factors to consider when making your choice between Ethernet and WiFi. First, if you are looking for a connection for everyday functions, a well-configured WiFi should suffice in that regard. However, if you are the gaming type and need a stable connection, you may want to pitch your tent with Ethernet. Furthermore, if you need internet for streaming High Definition videos, you will want a stronger and more reliable connection and that’s where Ethernet comes in. also, in the case of portable devices, WiFi will be the clear choice because no one is connecting their Smartphones to the Ethernet.

What Could Cause Interference With Our Wifi Connections?

Several devices in our houses may cause interference to the WiFi connection thus causing several issues.  Some of these issues include increased latency, drop-in signals, and Lower speeds. When it comes to interference issues, Ethernet is more reliable.

What Is A Tuple In The Database?

Now you know the effect of Ethernet on Wireless, it is important to point out that each one has its unique strengths and weaknesses. The pros and cons of each one are largely dependent on factors such as medium standard, interference, latency, and protocol standard. Although WiFi is becoming increasingly more popular these days, Ethernet still gives a lot of comparative benefits. It is therefore imperative you make your choice based on your needs. Ethernet may be reliable and less susceptible to interference, but WiFi offers more in terms of flexibility.