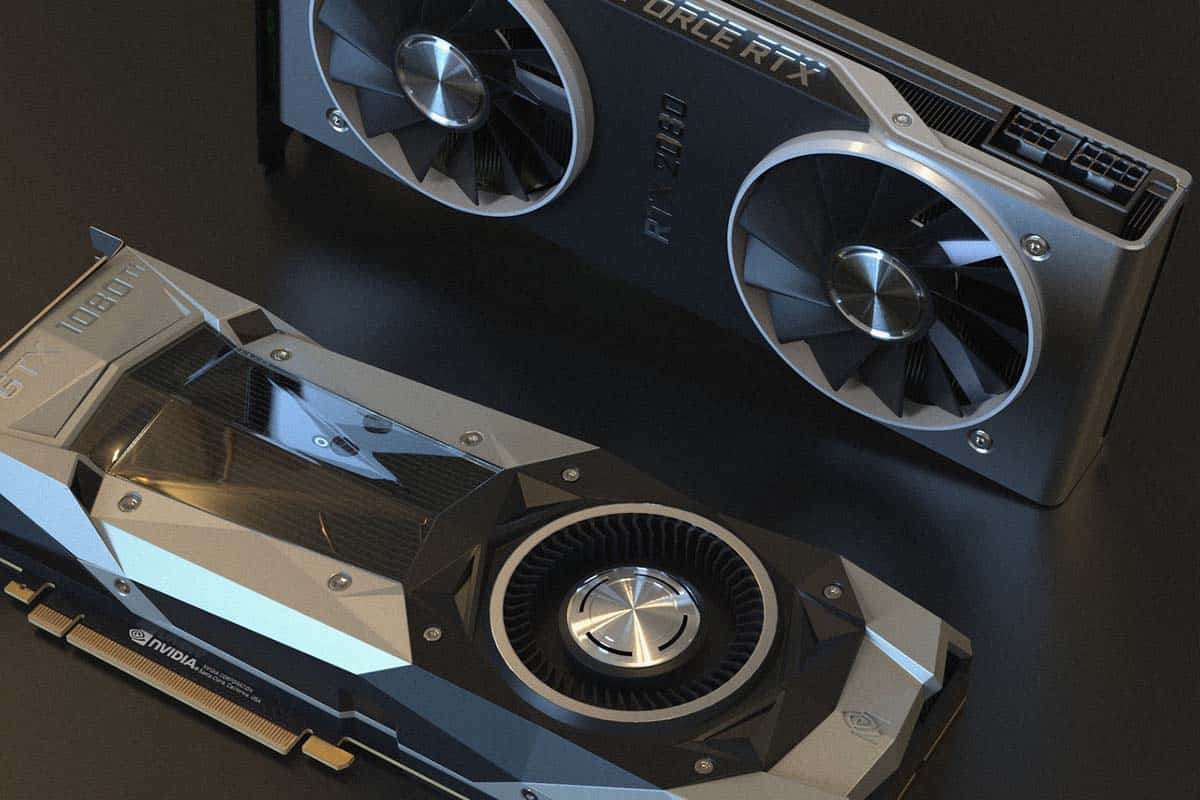 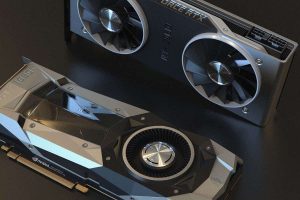 Knowing your GPU temperature range, and the ideal temperature, is a wise move. It’s the least you can do to ensure your GPU functions optimally. The GPU (Graphics Card or Graphics Processing Unit) produces the most heat of all the components in a computer.

The tasks your computer system does would determine the amount of heat produced by your GPU. If you’re using it for tasks like photo-editing, video-editing or other graphics-intensive tasks like gaming, expect your GPU to produce more heat.

As much as you may want to complete your tasks a lot quicker, allowing your GPU to overheat isn’t a good idea. Increased GPU temperature signals trouble. You could be greeted with BSOD (Blue Screen of Death) or something far worse.

So, the best thing to do is to maintain your GPU ideal temperature throughout. But how can you achieve this?

Keep reading as we highlight all there is to know about GPU temperatures.

Just a reminder, GPU and CPU are two separate components you’ll find in a system. Both also play different roles in a computer system.

The GPU (Graphics Processing Unit or the graphics card) is a processor designed to handle a system’s graphics operations. These include calculations involving 2D and 3D, though it excels when used to render 3D graphics.

The GPU’s primary responsibility is to make displaying images on games and videos possible. But times have changed, and GPU’s are now being used in creative productions, including artificial intelligence (AI).

The GPU has also become an integral part of the modern-day devices. Any device that boasts a display screen indeed has a GPU. Examples include computer systems, game consoles, and mobile devices. These devices also have a strong GPU.

The downside to having GPU is the temperature issue. The GPU in these devices can get extremely high and unbearable. However, developers have stepped in to proffer a solution to these problems. You can now monitor GPU temperature with ease. We will discuss more on GPU temperature monitor later on in this post. Continue reading!

CPU vs GPU Temperatures: Are There Any Differences?

Yes, both components are different. But they are present in the same computer system and work together. The CPU is called the central processing unit while the GPU is the graphics processing unit.

Doing everything that you can to maintain a normal operating temperature for GPU and CPU is very crucial. Avoiding overheating or extremely high temperatures will give your device’s GPU and CPU a chance to deliver satisfactory performance.

The central processing unit is to the computer what the brain is to humans. It runs programs and does all the necessary calculations to ensure that other parts of the system function appropriately.

The GPU is beneficial for gaming because it can handle complex tasks and completes them quickly. Those frames you see while playing highly intensive video games requires heavy calculations, which the GPU must handle.

So, the GPU comes designed to handle heavy tasks such as rendering high-resolution videos and images. It also completes repetitive tasks very quickly.

High GPU Temperature: Is There Cause for Alarm?

Maintaining a high GPU temperature is not a wise practice. But there is no cause for concern if the temperature increase only lasts for a couple of seconds or minutes.

Furthermore, high GPU temp that last for hours or more signals trouble. Under such a circumstance, your device may begin to experience performance-related issues.

High GPU temperature can imply many things. It could indicate that your GPU is working harder than it should. And that alone could affect its performance.

How does high temperature affect GPU?

If you’re editing videos, you may end up spending more time than you should. The same thing happens when you’re playing a video game when the GPU has overheated. You may experience lowered image fidelity or reduced frames per second (FPS).

Unless you began a GPU-intensive task like gaming, rendering or editing videos, your graphics processing unit’s temperature should be in the normal range.

If your GPU is idle (not doing any task), the optimal temperature should be 35 to 55 degrees Celsius.

AMD and Nvidia are the two heavyweight GPU producers in the world. And if you’re looking for GPU temperature range of varies model, you can visit their website. A simple Google search can also give you what you want.

However, GPU ideal temperature range is 65 to 85 degrees Celsius, equivalent to 149 to 185 degrees Fahrenheit. But this temperature is when you’re gaming or using the computer system for GPU-intensive task.

GPU temperature may also vary from the norm given above. GPU from different manufacturer and model may have a different normal temperature ranges. That’s what you need to understand.

A Handy Tip: Even though your graphics card can function when it’s above 105 degrees Celsius, you need to ensure the temperature is below 85 degrees Celsius for optimal performance. When you exceed this GPU temperature limit, you run the risk of lowering your PC or computer system’s lifespan.

A graphics card is also not considered to be overheating until the temperature exceeds 90 degrees Celsius under load. And remember that overheating exposes your system to grave danger. So it would help if you did all you can to lower it, as quick as you can.

Many factors can cause your GPU temperature to get overwhelmingly high. And it’s good you find out what they are so that you can solve the problem. Let’s discuss each of these factors quickly.

No one is claiming that overclocking a GPU is a wrong decision. The aim is to increase the component’s speed. However, there are safe ways to overclock a GPU and not doing it right can result in your graphics card overheating.

If your GPU is overheating, chances are you aren’t giving it the attention you should in terms of maintenance. Perhaps, you may not have opened your system for a long time to clean up the dust particles building up inside. But hear this; dust particles can force your GPU to overheat. It can make it difficult for it to expel heat from the system.

Not all graphics processing units are the same, as some have more power than others. Many people don’t realize this. If they do, they won’t be forcing their GPUs to handle tasks way bigger than them.

Some GPU components are not powerful enough to handle some tasks. They could start overheating when such loads are thrown at them.

How To Reduce GPU Temperature With Ease

Yes, you can help reduce your graphics card’s temperature and make it function much cooler. Here are tips to help with that. You can combine the tips for better results.

Get rid of dust:

An old or faulty thermal paste can cause your GPU to overheat. That’s because thermal paste determines the efficiency at which heat moves from the graphics processing unit to the heat sink.

So, after dusting your computer, please don’t close it yet. Check if the thermal paste is old and need changing. If it does, you need to do the needful. With a new thermal paste, heat transfer would improve.

Have any overclocks reversed:

Overclocking can cause your GPU to overheat. So to avoid that, you may have to reverse the overclocks or underclock the GPU, if necessary. Doing so would mean you have to deal with lower GPU speed. But as long as it doesn’t overheat, you should be fine.

Understanding your graphics card’s strength will enable you to prevent overheating. It would mean you understand what your GPU can handle and won’t go past that.

One of the reasons graphics cards overheat is when they are overworked. That is when they’re assigned tasks bigger than them. So, avoid overworking your GPU to prevent overheating.

This form of cleaning is similar to removing dust particles from the computer’s hardware. The only difference is that you are only clearing intangible debris from your computer to reduce your graphics card pressure.

The aim is to remove unneeded programs, junk files, and anything you feel could add more pressure to your GPU.

It’s good to keep a close eye on GPU temperature. The lifespan of your setup and graphics card’s performance depends on it. Overheating is also one of the factors behind hardware failure. But you won’t experience such with proper monitoring of your graphics card’s temperature.

So, how can you monitor GPU temperature?

Adding a GPU temperature monitoring tool is one of the best gifts Microsoft gave Windows 10 users in the year 2020. It took the tech giant a whole 24 years, but they have finally pulled it off.

To know how hot your GPU is, open system’s task manager by entering the following commands:

You can also access the task manager from the Windows start menu. Just click on the icon and select task manager.

After opening the task manager, go straight to the performance tab. In the graphics card section, find the temperature reading.

One drawback this GPU temperature monitor has is that it only runs on Windows 10 updated from May 2020, including newer versions.

This tool monitor only reports about the current temperature. It doesn’t track temperature. Microsoft deserves some praise for this tool, but we can gladly state that other third-party tools to get the job done are available.

An example is GPU Temp, a free program that lets you monitor GPU temperature in real-time.

AMD’s Radeon Overlay is also a great option. It lets you adjust visuals settings and monitor other performance-related features such as temperature.

Nvidia’s GeForce Experience is also another great third party tool to monitor the GPU’s temperature. So, download and enable the program on your device to start keeping tabs on the video card’s temperature.

Graphics Processing Unit Temperature: When To Service Your Computer System

If you continuously use your computer system in a warmer environment, you should consider purchasing a good-quality cooling stand. The reason is to boost airflow around the system’s case. And most stands’ design includes fan, which improves heat dissipation.

Many factors can cause cooling issues, such as a tiny layer of dust particles. If your laptop feels hot when touched, check the fans and vents. Dusting the vents and fans will help improve your laptop’s heat transfer.

A Handy Tip: If your laptop feels hot when touched and you have cleaned the vents and fans with no end in sight, seek the help of a technician.

Now you have seen the GPU temperature range, factors making your computer hotter and things you can do to avoid making your GPU overheat.

Overheating can reduce your setup’s lifespan. It can also reduce the performance of your GPU drastically. So do not allow your computer to overheat for many hours. Try to monitor GPU temperature, and if you discover that temperature is too high, do the needful.