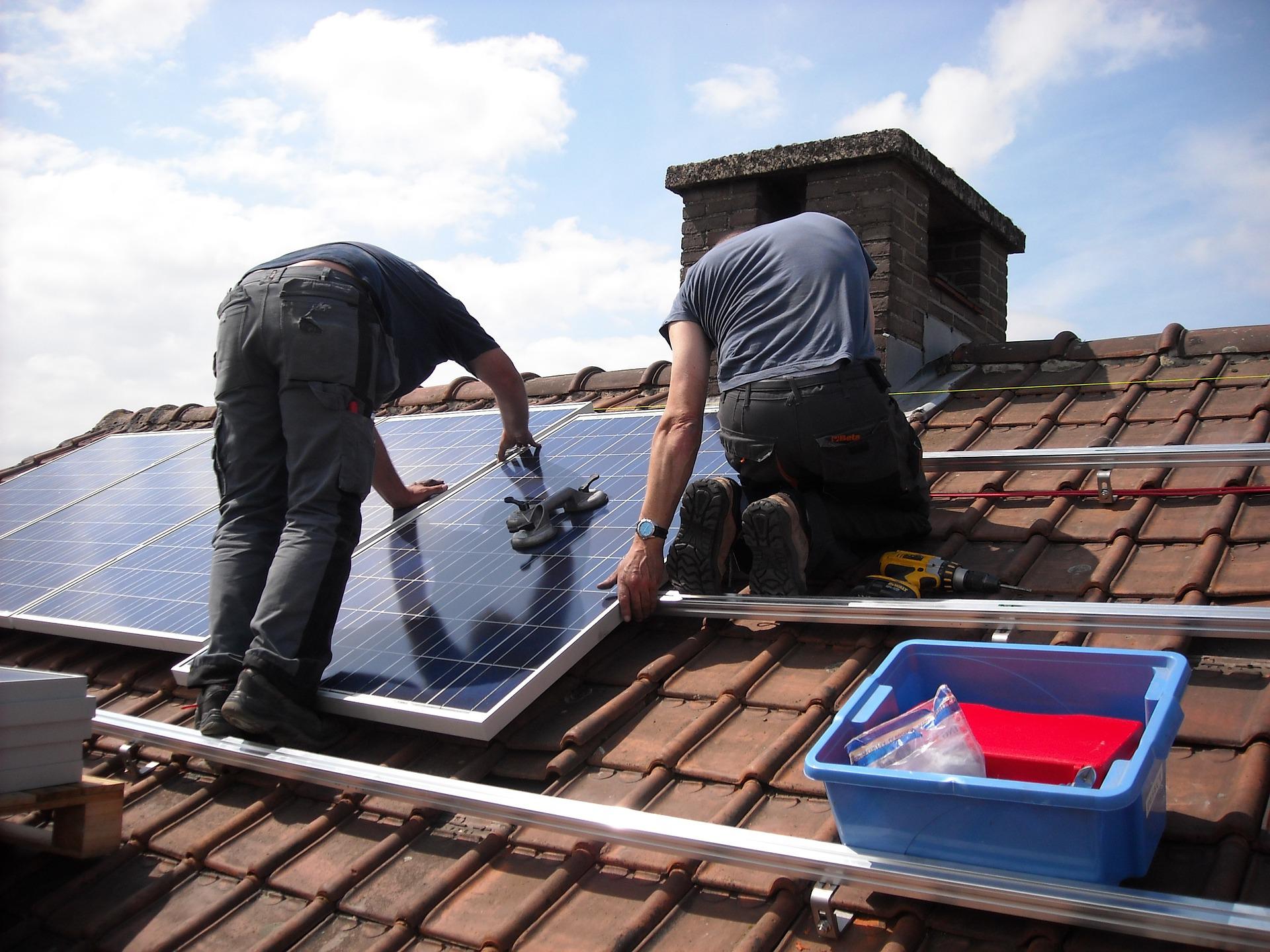 Did you know there are enough solar panels in the United States to power 23.3 million homes? With the solar boom in full swing, there’s never been a better time to invest in this green energy alternative.

But, many homeowners still have a lot of questions about solar before they’re ready to commit. One of the most common ones is, How much power does one solar panel produce?

If you want to learn the answer to this question, and more, then you’re in the right place. In this solar panel guide, we’ll teach you everything you need to know about solar panel output. Let’s get started!

How Much Power Does One Solar Panel Produce?

Sadly, there is no one-size-fits-all answer to this question. That’s because different types of solar panels have different power levels. That being said, we can give the averages you’re likely to encounter.

But, before we do that, we need to understand how solar panels are rated for their power. The standardized way of testing is to look at the amount of Direct Current (or DC) that is produced by the panel under ideal test conditions.

This DC power output is expressed using watt units. So, what’s the average power output of a single solar panel? These days, it’s likely to be between two hundred and fifty to four hundred watts.

When you learn the power output of your solar panel, you can find out how much power it will produce in a day. You can do this by multiplying the power output with the number of hours in the day that it receives direct sunlight.

For example, let’s say you have a three hundred watt solar panel that gets sunlight for six hours per day. You would plug in this simple equation: 300 watts x 6 hours = 1,800 watt-hours

So, one solar panel in this example produces 1,800 watts-hours, or 1.8 kWh each day. So, now we know the technical answer to the question, How much power does one solar panel produce?

But, what does that translate to in terms of powering appliances? Let’s take a closer look.

What Can One Solar Panel Power?

In the example above, we deduced that an above-average solar panel produces 1.8 kWh of energy each day or about 54 kWh per month. That should be enough to power some of the smaller appliances around your home.

However, if you want to power things like your AC unit, dishwasher, fridge, or washer/dryer, then you will need a lot more energy than one panel can provide.

If you’re serious about powering your entire home with solar energy, then you need to figure out exactly how much your use each month.

The easiest way to do this is to average together all of your power bills from the past year.

What Are the Factors That Affect Solar Output?

The power output of your solar panel is the most important factor in determining power. However, it’s far from the only factor that can influence it.

In this section, we’ll take a look at some of the other things that can affect power production, from design components to external conditions.

Often we think that solar panels are capable of turning 100% of the sun’s energy into usable electricity. Sadly, this simply isn’t the case. The reality is that every type of solar panel comes with an efficiency percentage.

This is the percentage of the sun’s energy that the panel can convert into electricity. Most solar panels have between 17% to 20% energy efficiency. However, some newer models can go 23% or higher.

The higher your solar panel efficiency, the more energy it will be able to turn into power. So, a 15% panel will not be nearly as strong as a 21% one.

The material your solar panel is made of also affects the power output. Generally, there are three types of solar panel materials in use: monocrystalline, polycrystalline, and silicone cells.

The best type of solar panel is monocrystalline. This solar panel benefits from individual wafers of silicone. This makes it much more efficient than both polycrystalline and silicone.

Polycrystalline, instead of wafers, melts multiple layers of silicone crystals into one cohesive unit. This makes it not as efficient as monocrystalline but also more affordable for the average person.

Finally, silicone cells, or amorphous cells, are the least efficient panels of all. So, why use them at all?

Because they’re much more flexible than monocrystalline and polycrystalline panels. So, they fit certain types of roofs much better.

You can usually divide solar panel sizes into two different sizes. The first is what you’ll typically find in a residential home. It’s a sixty-cell panel that’s around five in half feet by three feet.

These panels can usually produce up to three hundred watts of power. The other type is a seventy-two cell panel. These types of cells have an extra row of cells which gives them a power output of up to four hundred watts.

However, they’re typically too big for residential properties. But, they’re a great choice for commercial buildings that want to switch to solar.

Over time dirt and dust are sure to build up around your solar panel. This is especially true if you live in a hot and dry climate, like a desert. And it’s not just dirt.

You also have to worry about bird droppings, leaves, and snow. Unfortunately, all of these light coverings can greatly reduce the efficiency of your solar panels.

Depending on how dirty your solar panel is, it could be between 5% to 7% less effective because of a layer of dirt.

When you first purchase a new solar panel, it will start with 100% of its efficiency. But, every year, it will gradually lose some of its ability to absorb power.

So, how do you find out how quickly your solar panel will lose its efficiency? By looking at the solar degradation rate. Usually, the average degradation rate on a panel is between 1% to 2.5%.

Let’s say you have a solar panel with a degradation rate of 1.5%. After twenty years, your solar panels will only be able to absorb 70% of the solar energy.

That’s far from useless. But, it will decrease the overall power output of the solar panel.

7. Time of Year and Temperature

Solar panel power output isn’t consistent all year long. Because the days are longer in the summer, the panels tend to receive a lot more sunlight.

Similarly, the short winter days mean that the panels won’t have as high of an output. However, don’t think that things are completely hopeless in winter.

When measuring efficiency, the solar panels are typically tested at 78 F. However, anything hotter than this can decrease their efficiency.

So, while your panels might generate more power because of the extended daylight, they won’t do so as efficiently during scorching weather. However, they do work well during cold weather. They can even generate power in the snow.

If trees, buildings, or other structures are blocking your solar panels, then this can greatly affect their power output. A bit of shade is fine if it’s just for a few hours in the morning.

But, if there’s a lot of shade around your property in the middle of the day, then it will greatly affect your power output. There are a few solutions. First, you can look for an alternative place to set up your panels, like on the ground.

Or, you can cut down some of the trees that are blocking the sunlight. However, there are some factors that you can’t do anything about.

For example, if you live in a place with frequent cloud coverage, then you might want to think twice before switching to solar energy.

Quantity or Quality For Solar Panels?

Typically, at the end of the day, both options produce the same results. Unless you create a large system with high-output solar panels, which will be expensive, you’ll get roughly the same kWh from each system.

So, you should look at factors like the amount of space you’re working with. For example, if you have a large roof, then it can make sense to go with the more affordable option as long as you buy a lot of them.

But, if you have limited usable space, then you should maximize everything you have by going with high-quality panels. Also, remember that the price of solar panels has dropped by 70% over the past decade.

So, if this trend continues, then eventually, high-quality solar panels will be just as affordable as the low output ones are today.

How to Save Money On Solar Panels

Worried you won’t be able to afford the solar system of your dreams? Don’t panic. There are a few things you can do to save money on your solar panels.

The easiest way is to take advantage of the Federal Solar Tax Credit. This is a government-sponsored program that’s designed to encourage homeowners to switch to solar power.

A tax credit is something that you can subtract from your tax return at the end of the year. And this specific tax credit allows you to subtract 26% of the cost of your solar system from your return.

By 2023, that number will fall to 23%, so you must jump on this trend soon. In addition to this, many states offer more local incentives for switching to solar.

So, make sure to check and see if your place of residence offers any additional incentives.

How to Find the Best Solar Panel Installer

When looking for a solar panel installer, you want to make sure that the team isn’t too pushy. That means that they listen to what you want and advise you on the best way to achieve it.

But, be careful around companies that try to upsell you. Make sure you go with a company that respects your budget. You should also try to find a solar installer that’s been around for a while.

The more experience they have in the field, the more helpful they’ll be during installation. Finally, you want to make sure they have a large network to rely on.

This is one of the advantages that come when you pair with Blue Raven Solar. Large suppliers like this operate in almost half of the states in the US.

We hope this article helped you answer the question, How much power does one solar panel produce? As you can see, solar panels have come a long way since they were first invented.

And they still have a long way to go before they’re 100% energy efficient. But, for now, you’re main concern as a homeowner is whether you want quantity or quality with your panels.

Both options have their pros and cons. So, make sure that you discuss it with a qualified solar provider for some solar panel tips.

Did you enjoy this article? If the answer is yes, then you’ll love some of the similar content with having. Keep exploring to find it.