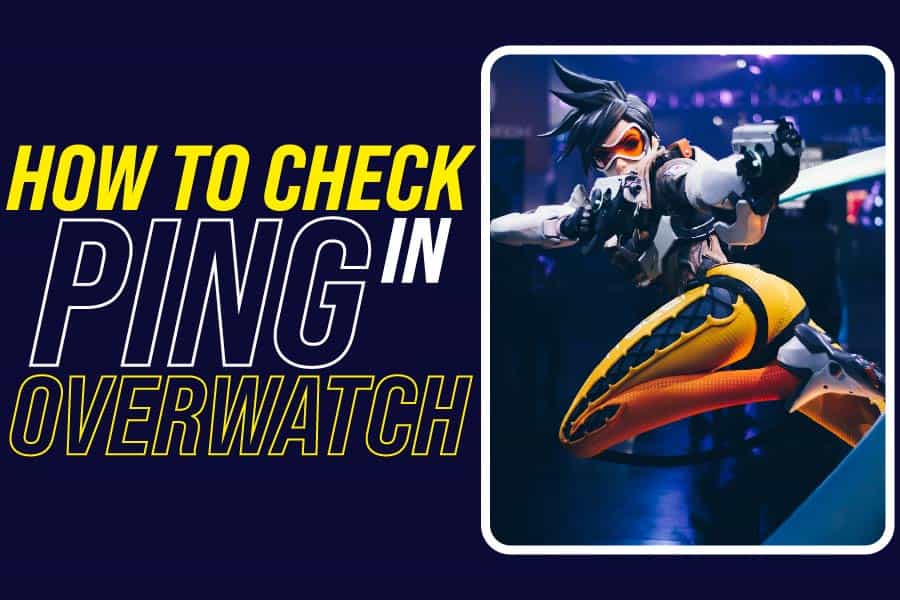 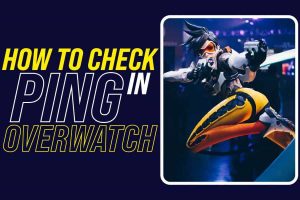 The game Overwatch is one of the most popular FPS games out there. The game requires fast reflexes, coordination, and intelligence to succeed. Sometimes when playing an online multiplayer game like this, lag or ping issues can occur, which will make it difficult for you to play at your best.

Ping refers to how long it takes data packets sent from your computer to reach the server that is hosting the game. This blog post will cover how you can check your current ping in Overwatch so that if a problem arises with connection quality, then you’ll be able to troubleshoot it.

Overwatch is a popular FPS (first-person shooter) game. It was released for PC, Xbox One and Playstation in 2016 and had over 30 million players worldwide. The game is also available in a competitive format, which makes it even more popular. This game involves six players on each side fighting in a team and trying to complete several objectives. It is a game with many different heroes, each with unique skill sets.

The two teams of six players are chosen from a roster of more than twenty characters, each with their unique abilities and role classes. The game is designed to be switchable between these roles during the match as needed – there is no one best character for all situations/maps. This gives Overwatch an edge over other FPS games, as you can change your tactics on the fly.

The game was released in May 2016 to much fanfare following several pre-release beta tests (which grew its player base substantially). Overwatch had a rocky start, with players complaining of unbalanced characters and poor matchmaking. However, throughout 2016, Overwatch received several updates that improved character balancing and introduced new features such as custom games to address player concerns.

What Is A Ping In Overwatch?

A ping in Overwatch is the response time between a player and a server. This can be an issue if it is too high, which causes lag or desync issues when playing against other players online. The latency of a game is measured in ping, enabling the game to remain connected to the server for better gameplay.

It enables gamers to enjoy a trouble-free game experience. If a player has an issue with a low server or anything similar, they should lower their ping. If you experience high ping, then it means that more time is required for messages between players (or yourself) and the server due to possible interference on the network route. It’s critical to have a proper server when playing an online game so that players may get the most out of it.

Ping does matter when playing an online game. It is the amount of time it takes for data packets to travel between you and your opponent or server (in Overwatch). If it’s low, that means the speed of data transfer between players (or yourself) and the server is high – resulting in smooth gameplay. However, if it’s too high, several obstacles slow down the transfer speed, resulting in a bad gaming experience.

How To Check The Ping In Overwatch

There are many ways for checking the ping on various devices since it aids in making the game a decent operating game. Whenever players want to play a game, the first game that comes to mind has never caused them any problems.

Online games are notorious for causing issues because they are all dependent on the internet, and the server might go down at any time. Here are the ways you can check the ping in Overwatch.

You must first locate the main menu or open the screen to access the options menu. It will enable you to see a variety of gaming possibilities.

After that, go to the Video tab and look for Show Network Stats. You must transform the option into an ON button for the network process to begin.

Then, in the drop-down box, select Advanced Network Stats and expand it. You will be given the option of displaying network problems.

To check the ping, select Show Network from the drop-down menu and turn it on. Keep in mind that the checking choices will be displayed in a grey colored box. The box will be visible in the upper left corner of the screen. While you’re in the game, Ping will only be viewable to you.

You must first locate the main menu or open the screen by clicking the ESC button to access the settings menu.

Then select Display Performance Stats from the drop-down menu and set it on. It will benefit you to have a variety of choices for troubleshooting network issues.

Then, in the drop-down menu, select Advanced Performance Stats and expand it. It will assist you in getting the ping to appear.

Lastly, once you’ve completed all of the tasks, click the enter key to save your changes. After that, you’ll be able to verify and correct your ping.

To check your current FPS connection quality in Overwatch, all you have to do is open the console and type one of the following commands:

” net_graphpos ” 0/visible – If you want to hide or display this bar on-screen, then use either a number between zero (hides it) and one (shows it).

“net_graphheight ” 0/25 – Setting this to zero will make the graph invisible; setting it to 25 makes the graph visible.

What Are Some Overwatch Lag Fixes?

Several factors can cause problems with FPS connection quality within Overwatch, including ISP issues, your computer hardware and software configuration, and Overwatch network issues.

To deal with ISP issues, you should contact your Internet Service Provider (ISP) and inform them about the problem you are experiencing to see if they can fix it for you or help troubleshoot what might be causing the lag within Overwatch.

If its software related then try reinstalling drivers, running antivirus scans, and clearing your system’s temporary files. As for hardware, you could try replacing the router with a newer model or purchase a network adapter if this makes sense.

Other fixes you can try include:

Check to see if anything is downloading in the background. Be it torrents, Steam updates, or software downloads. This is generally one of the most common causes of excessive ping.

Any streaming services should be turned off. While playing Overwatch, it’s not uncommon for someone to be watching a live broadcast or listening to music on Spotify. You can disable them to see if it improves your network lag.

Finally, you might try rebooting your router or contacting your Internet service provider. If something goes wrong on their side, they should let you know.

If all else fails, then Blizzard Customer Support might be able to help you further troubleshoot Overwatch lag issues.

Now you know what it takes to play Overwatch like the pros!

Overwatch is one of the most popular multiplayer games currently available on PC, Xbox One and Playstation, so there are plenty of players to play with worldwide. However, if you’re having FPS lag problems, it might be worth checking your current Overwatch ping before playing any ranked matches online, as this can impact your performance in-game. We hope that this blog has helped guide you on how to check the ping in Overwatch.