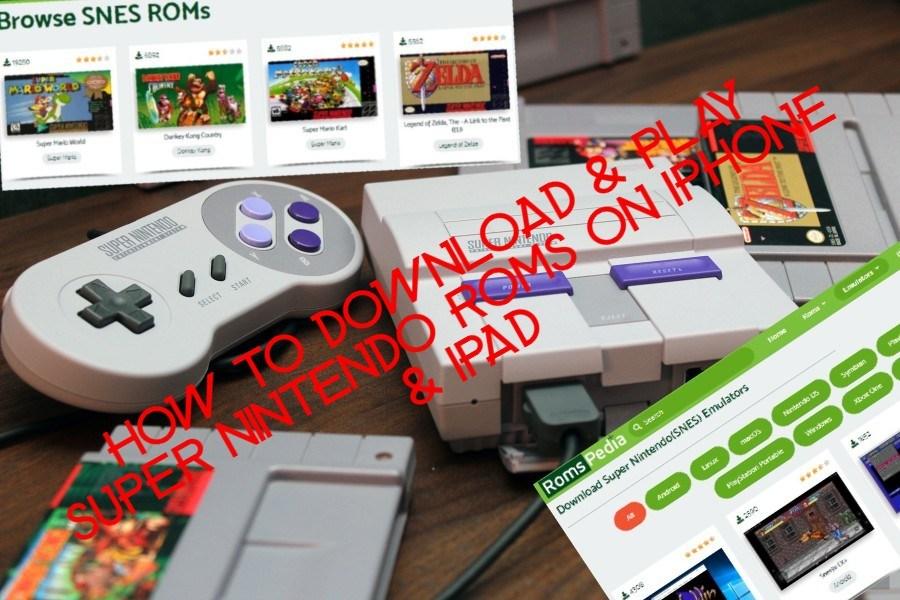 If you are a bit tired of the classic GBA, GBC or Nintendo games on your iPhone and you want something new, you can now try out Super Nintendo games and give them a fresh reload on a modern device. Exactly! No matter how many emulators you have, there is always room for a classic platform and Super Nintendo has so many options that you would barely know what game to choose from. Now, what do you need to do to enjoy your favorite games on an iOS device?

An emulator is a piece of software that replicates the operating system of the console. You will need a Super Nintendo emulator for iOS to be able to play Super Nintendo games, simple as that. The good news is there are quite a few options out there. Most of them require a jailbroken device, yet you can find options that work anyway. Here are some of the most popular Super Nintendo emulators for iPhone or iPad: Emulators are usually free. Which one is the best? Hard to tell. They all benefit from a good reputation. Not all emulators can replicate games perfectly, as most developers focus on the most popular releases. Therefore, if you want to play some Super Nintendo classics, chances are all of them will work. If you are after some rare games, you may need to try out a few different emulators. They are installed just like any other application.

The next step involves finding the games. You will have to find image files or ROMs Super Nintendo files. These are images of the original games. There are more sources out there. You may, for example, have a few backups of the original games from years ago. You can also find portals giving out ROMs, especially the ones that can be used as freeware. Simply download the image and put it in a special folder. Ideally, you should download from reputable sources only.

To run a game, it depends on the emulator you choose. Operating principles are the same though. First, you have to open the emulator. Second, go to the top menu and find a button to open the game. Browse to the folder you picked for games, locate the image and run it. The game will usually run in a fullscreen mode, but again, it depends on the emulator. It will give you the exact same resolution ratio as in the original game. Some emulators allow fullscreen modes, but this is not a general rule. You may find controllers on the game to simulate the original console, but you can also find different control modes. One thing to remember, games can only be run through these emulators.

Most emulators can be used without actually tweaking the settings. However, you can always go a bit further and customize the game. This is one of the best parts of modern emulators. Back in the day, your Super Nintendo options were a bit limited. Now, you can play with graphics, save and load games and so on. As a general rule of thumb, if you are not sure what a certain setting does, simply leave it untouched.

More emulators on the same device

An emulator should be seen as app. Different apps have different roles and purposes. Emulators have the same goals, yet they are slightly different in terms of settings and operation. You can install more emulators on the same device, be it an iPhone or an iPad. In fact, lots of people stick to more than just one emulator. Different emulators are focused on different games, usually the most important ones. If one emulator can run a game, but seems to experience bugs on another game, you might as well use two different emulators, one for each game. It is only a matter of personal preferences. If you can run all your favorites with one emulator, there is no need to experiment, unless you want to try out different graphics or settings, but this is not a general rule. To keep it simple and effective, stick to the most popular Super Nintendo emulators out there, rather than anonymous releases that could bring in bugs and errors. As a short final conclusion, emulators have made their way to iOS devices as well. Emulators are not new at all, but they were mostly created for laptops and desktops, helping people play old school console games. Today, they are just as popular in mobile devices and you can find different emulators made for both iOS and Android devices. With iOS being a bit more restrictive than Android, emulators took l