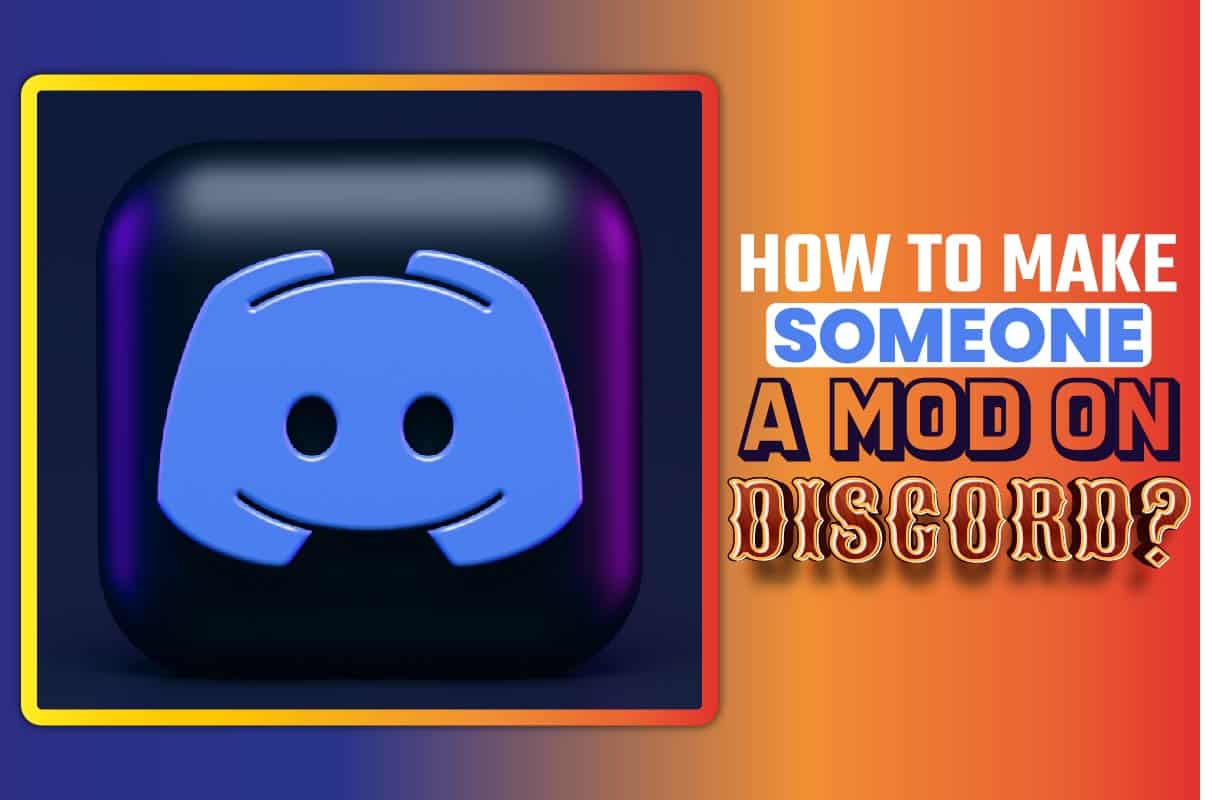 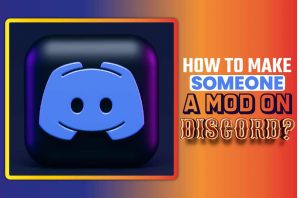 When it comes to moderating a Discord server, the task seems hard enough for almost anyone. It can get more difficult to achieve the goal if the number of members is too many. You can handle a selective number of users, but when the number exceeds more than a hundred, that’s where the struggle begins.

To make your job easier, making a few mods can help you reach your goal easily without much effort. So, if you’re wondering how to make someone a mod on Discord, don’t worry because we’ve got you covered. Our guide below will help you in making some mods or admins so that you can work without any hassles.

What Is A ‘mod’ On Discord?

Mods refer to the word moderators. Like any other server, Discord needs mods for easy and convenient management of the server without any fails.

You could say that the entire Discord server needs mods for fulfilling every task diligently. They are like the managers of the server since they are assigned a wide range of functions.

From editing the messages, deleting the inappropriate ones, managing users who violate the terms, blocking toxic users and spammers to handling the privacy of the users – a mod does it all.

Mods are assigned with almost all the necessary functions on the server, so you could assume that the task is important. They have to manage the entire server appropriately, so their lack of participation and breach of privacy might get them removed too.

Since they are under the administrators, it means admins can choose and remove mods as they please. From adding new mods to banning them for violating any rules or privacy, admins are responsible for the tasks assigned to the mods.

How To Make Someone A Mod On Discord?

Now that you’re familiar with mods on Discord, let’s see how you can make someone a mod.

To be honest, making someone a mod on Discord is quite simple and easy. It does not require a lot of permissions or alterations in the server. To make someone a mod, go to the Discord server settings, click on the roles icon and press the + sign, which will allow you to add a current role.

Change the role identity and give it a title called ‘Moderator’ or simply ‘Mod’ and adjust your permissions.

Moderators should have permission to managing messages, emojis, and nicknames. They also get permission to ban members, removing members, and giving mentions to all the existing users. With these few simple steps, you can easily make someone a trustworthy mod on Discord.

However, make sure the administrator setting is disabled at all times. You should also disable the managing roles feature to prevent any mishandling of the server.

1. What makes someone a great mod on Discord?

The most important quality of a mod on Discord is to maintain privacy and respect when it comes to server management. A great mod deals with all the channel regulations and responds to issues that need to be addressed immediately.

2. What is the difference between an admin and a mod on Discord?

A mod (moderator) is a smaller position in the server, whereas the admin (administrator) possesses rights on the moderator. Mods are given the tasks of editing and removing messages, banning violators, and maintaining the privacy of the server.

On the other hand, admins are responsible for recruiting and disposing mods. In general, they deal with evaluating the activities of the mods on Discord.

3. Can Discord admins see the IP address of users?

No, admin permission grants are not safe at all since those can be a big issue later on. Limit this permission among close people only since it will allow them to gain access to the entire Discord server. Disable the admin permission setting and managing roles setting off at all times to maintain privacy.

Wrapping up, it can be said making mods is a very helpful and necessary task on Discord. It not only simplifies monitoring of the channels but also distributes the workload.

Even if you’re a beginner, you can learn a basic technique about making mods and obtain your goals. In short, this discussion on how to make someone a mod on discord will help you achieve your target undoubtedly.