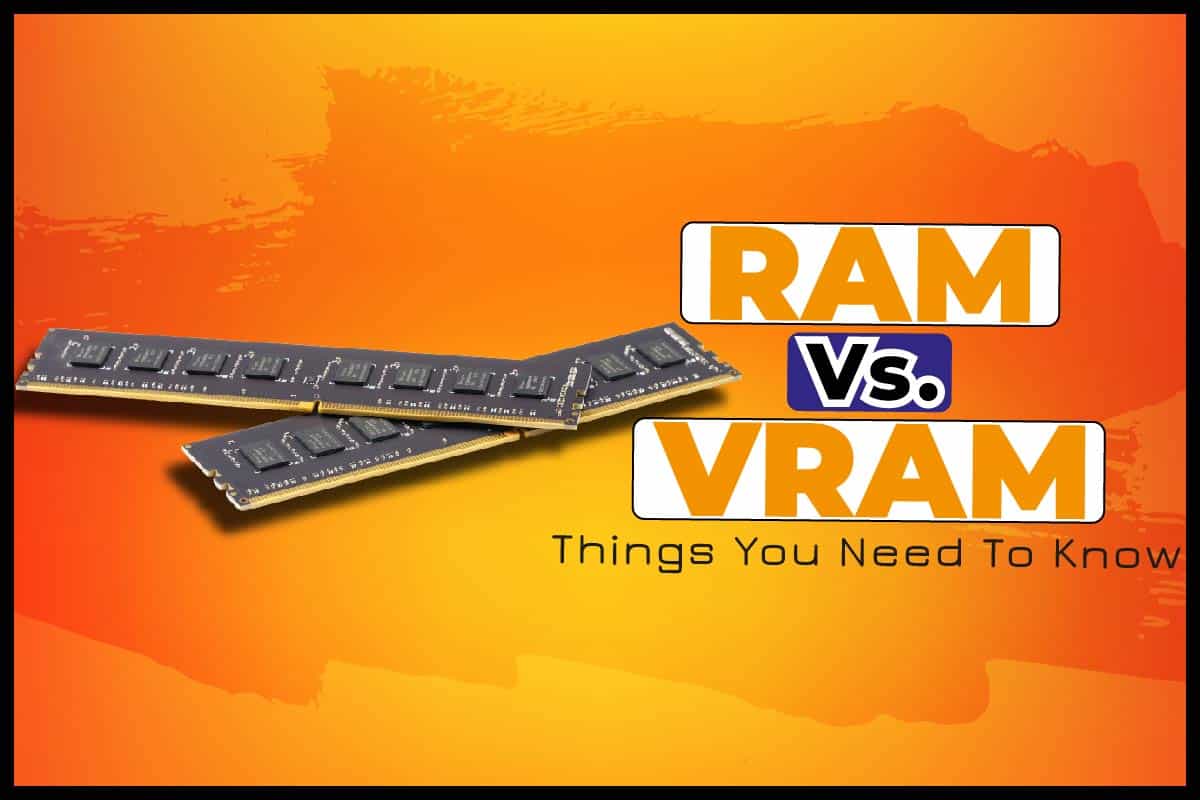 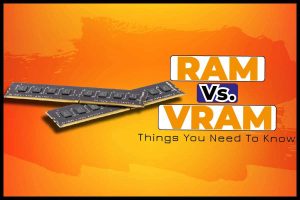 Before buying a computer, one needs to be sure of the memory requirements. You should know the amount of RAM and VRAM you require, given the task you have at hand. How much you understand the two memories will determine the choice you’ll make.

RAM and VRAM are essential parts of your computer. There is just no way you can use your laptop without system memory or video memory.

In this article, you’ll be able to understand the difference between RAM and VRAM. So, keep reading.

Every beginner understands what RAM means. But then, there’s nothing wrong in defining it. RAM means Random Access Memory. It is a memory that stores everything a device needs right now. It is temporary storage, which stores information, though all data is lost once power is cut off. It’s also fast and handles a lot of tasks at the same time.

Furthermore, RAM is a hardware component that is in electronic devices. Such devices include laptops, desktop computers, smartphones, and tablets. RAM in computers may be fixed as memory carriages and can be removed. But, RAM is usually integrated into smartphones and tablets and can’t be removed.

The operating system and open applications your device can use result from RAM’s amount in your device. Also, if your device has enough RAM, several programs will run simultaneously without slowing down. If your device uses almost 100 percent of the RAM, the applications will have to swap memory and slow down noticeably. Therefore, add more RAM or buy a device with more RAM to improve performance.

Static Random Access Memory (SRAM): The memory retains the contents it carries as long as power is available. However, when the power goes off, it loses the data due to its volatile nature.

SRAM has memory chips with a matrix of 6-transistors. SRAM doesn’t need to be refreshed constantly since transistors don’t need the power to prevent leakage.

Dynamic Random Access Memory (DRAM): Unlike SRAM, DRAM must be continuously refreshed to maintain the data. The memory on a refresh circuit that rewrites the data many times each second makes this possible. Also, it has memory cells with a capacitor and transistor.

How Does RAM Work

RAM works in an organized and controlled way. So that data is stored and accessed directly to and from various locations. It consists of a memory chip(s) that is an integrated circuit (IC) made up of transistors and capacitors. For instance, in DRAM, a transistor and capacitor are combined to make a memory cell.

Also, the capacitor keeps information in the form of a 0 or a 1. The transistor represents a switch that helps the memory chip read the capacitor or transform its state.

RAM is small and uses microchips for its storage. It’s also tiny based on the amount of data it holds. Most laptops may come with 8 gigabytes of RAM.

How Much RAM Do You Need?

The amount of RAM one requires does depend on the task one wishes to do. For instance, your system should have at least 16 GB RAM or more when video editing. Using Adobe Photoshop for photo editing may require your system to have at least 3GB of RAM to run Photoshop CC on a Mac. However, if you’re working with other applications simultaneously, using 8GB of RAM can slow down your system.

The Minimum RAM (DRAM) that a computer should have to tackle most tasks is 8 GB. If you’re a professional and use resource-intensive programs, 16 GB RAM isn’t a bad idea. With this amount of RAM, your rig can tackle just about anything, including high-end video games.

Investing in more RAM would be a waste. It’s even better to splash the cash on a better graphics card or CPU. 32GB RAM is for those that engage in a lot of video editing, 3D modeling, or other tasks that require a lot of RAM.

VRAM is an acronym for Video Random Access Memory. It is the memory used to store the image information that the computer displays. It ensures the smooth and even execution of graphics displays.

How Does VRAM Work

VRAM does function as a buffer between the CPU and the video card. So, the image displayed on your screen is read by the processor before it is written to the VRAM. Furthermore, the data is converted by a RAM digital-to-analog converter (RAMDAC) into analog signals and then sent to the display. The whole process happens so quickly. You don’t notice it.

From the VRAM, data is transferred as a digital signal via a digital video interface (DVI). It’s also transferred via what’s called a high-definition multimedia interface (HDMI) video port to a flat-screen LED (light-emitting diode) display.

You need to understand that if the display happens to be an older cathode ray tube model or perhaps the modern display is attached by a somewhat older VGA connector to the video card, something different would happen. The video signal will be converted first by a RAMDAC into analog signals, sent to the display.

It is a very efficient VRAM that is was developed by MoSys. It helps to divide memory into several 32 kilobytes (KB) parts that allow access separately. The ability to access it concurrently increases its performance. Also, it is cheaper than other VRAM.

Rambus designed this VRAM. It is swift due to its dual channel. And so, it has a data transfer rate (DTR) of up to 800 MHz. Also, it has a simplified bus that speeds up data flow between itself and the frame buffer. It is optimized for video streaming.

This is a special type of VRAM, clock-synchronized. It means that data can be changed within one operation instead of as a series of reading, write and update operations. It is also inexpensive. It allows foreground, background, and image fill to be handled effectively.

Although SGRAM is single-ported memory, you can make it functions like dual-ported memory by making sure that two memory pages open at the same time instead of just one.

It is not related to Microsoft Windows. But it is a dual-ported VRAM and has a high performance. It has about 25 percent more bandwidth but is less expensive. Also, it has features that make it effectively read data. Such data will be used in text drawing, and block fills.

How Much VRAM Do You Need?

You’ll require a minimum of 4 GB of VRAM in graphics cards. But then, 8 GB is now the standard for most GPUs. That’s what you should be aiming for if you’re seeking a future-proof graphics card or intend on obtaining the 1440p or 4K monitor.

If you’re an avid gamer who enjoys trying out new titles, your computer should boast the latest graphics cards with enough VRAM. If you enjoy playing games that are at 720p resolution, then 2GB dedicated VRAM is enough.

Besides, you will only require 4 GB VRAM for resolution of 1080p, 6 GB VRAM for 1440p, including the 8 GB VRAM needed for the 2160p resolution. Therefore, with the 4 GB to 8 GB VRAM configuration, you can relax and enjoy the newest games at a respectable FPS. But then, as gaming develops so fast and you aren’t looking to upgrade each year, you may find a compelling reason to invest in 12 GB VRAM if you can afford it.

Differences Between RAM And VRAM

RAM stores temporary system files so that the Central processing unit (CPU) can quickly access them. On the other hand, VRAM stores graphic data that a computer displays.

While VRAM is mostly dual-ported, RAM sticks in computers are single-ported. So VRAM allows simultaneous read and writes tasks.

VRAM is faster than RAM. RAM can be replaced and is usually upgradable. But, VRAM isn’t upgradable.

RAM and VRAM are important in their ways. How much you need each of them is based on your task or use for your system.

However, their usefulness and limitations will help you understand the types of each of them you should get. So, the next time you want to splash the cash on a device, considers these two memories wisely.