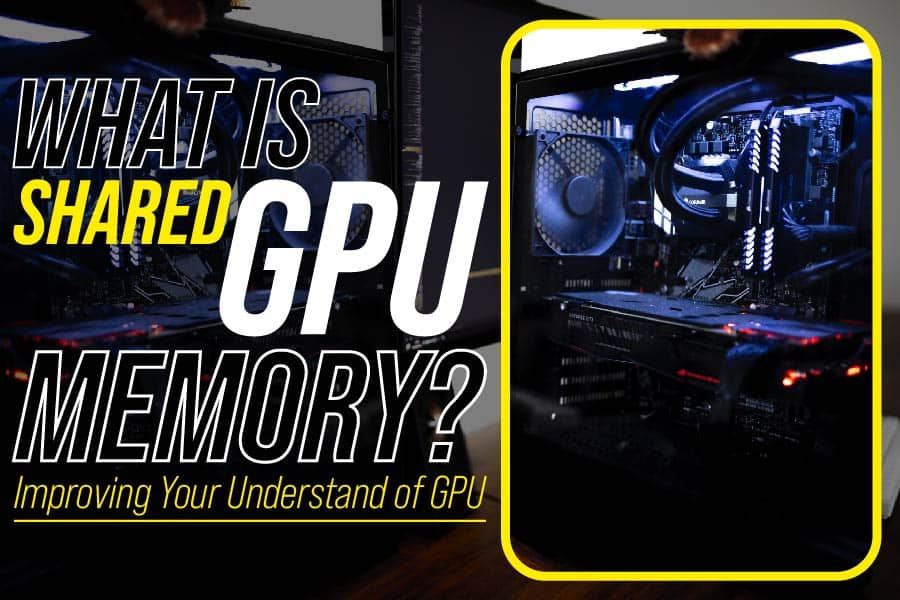 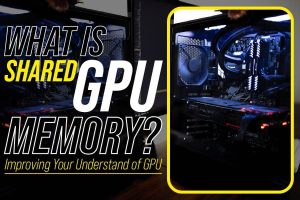 Many people are getting more interested in a computer’s graphic capabilities. The evolution in computer usage has caused a rise in graphic-intensive applications. The computer component that handles graphics is the graphics processing unit or GPU.

The GPU accelerates the rendering of visuals displayed on your monitor. It stores data in a memory chip in the graphics card, from which it retrieves and processes it.

What Is Shared GPU Memory?

A computer with shared GPU memory doesn’t have a separate memory chip. Instead, it shares resources with other computer components, especially the processor.

Interestingly, you can allocate a certain amount of memory for graphics purposes, leaving the rest for other programs to run. You can do this by adjusting the options in your BIOS menu or even tweaking the juniper settings.

There’s a third option, which some manufacturers call switchable graphics. Computers with switchable graphics have both dedicated GPU memory and a shared GPU system. You can configure your computer to your preferred choice or even set it to automatically decide which one is best at any point in time.

Before we consider the merits and demerits of the shared GPU setup, let’s first explore the concept of the GPU.

What Is The GPU?

The GPU is the memory used by either the CPU’s integrated graphics unit or a specialized GPU to handle graphics, such as images or videos. This memory serves as a storage area for calculations and files the chip requires to process the images or movies on the screen.

You’ll need a lot of VRAM, or video random access memory, in your computer’s GPU if you want to play high-performance video games or work on video or graphics editing software that requires a lot of data.

The GPU has grown in importance in both personal and business computing. The GPU is a parallel processor utilized in a variety of applications, including graphics and video rendering. Despite their gaming roots, GPUs are becoming more popular in creative production and artificial intelligence applications.

GPUs were designed to make three-dimensional image rendering faster. Their capabilities grew as they became more adaptable and programmable.

How Does The GPU Work?

Pixels are tiny dots that form the visuals on your computer screen. At most typical display settings, your screen will display at least 2 million pixels. For it to generate an image, your computer will have to arrange these pixels together.

This task will require a translator to create an image using binary data from the CPU. This translator is the GPU. The GPU stores information about each pixel, including its color and location on the screen, in the card’s RAM.

Two decades ago, the GPU’s primary function was to speed up real-time 3D graphics applications like gaming. However, computer scientists believed that the GPU had the potential to achieve more.

Well, the GPU has evolved and improved ever since. As a result, Graphics technology is now being used to solve a broader range of issues. In addition, GPUs are now more programmable than ever before, allowing them to accelerate a wide range of applications beyond standard graphics rendering.

The graphics processing demands are increasing now and then. And it’s due to the rise of virtual reality games and enhanced display technologies like 4K screens and fast refresh rates. GPUs can render both 2D and 3D visuals. With enhanced visual performance, you can play games at higher resolutions and faster frame rates.

Long rendering times have hampered the creative flow of video editors, graphic designers, and other creative professions for years. Due to their parallel processing capabilities, GPUs now make rendering video and graphics in HD formats faster and easier.

AI and machine learning are two of the most promising GPU applications. GPUs significantly accelerate workloads that employ GPUs’ highly parallel nature, such as image recognition, because they have sufficient processing capability.

In addition, many of today’s deep learning solutions rely on GPUs and CPUs working together.

The GPU And The CPU

Before the arrival of GPUs in the late 1990s, the GPU handled graphics rendering tasks. However, a GPU can improve computer performance when used with a CPU by doing computationally complex tasks.

The GPU can execute several calculations at once, which speeds up software execution. Unfortunately, this transition also paved the way for the creation of more complicated and resource-intensive software.

Cores handle the data processing in a GPU or a CPU. The more cores a processor has, the faster (and maybe more efficiently) it can execute tasks. To process priors at the same time, GPUs employ thousands of cores.

The GPU’s parallel structure differs from the CPU’s, using fewer cores to complete jobs sequentially. Because a CPU can do calculations faster than a GPU, it excels at fundamental tasks.

People frequently use the terms “GPU” and “graphics card” interchangeably. But are they the same thing?

Essentially, the GPU is part of the graphics card. Other graphics card components include the memory, interface, heat sink, power connectors, and connections for display.

Earlier, we’ve mentioned that systems with shared GPU memory are cheaper and have a more straightforward motherboard design than those with dedicated GPUs. The absence of an extra memory chip and a less complex motherboard design reduce the cost of building the computer.

While this depends on the programs running there’s only so much your computer can handle with this architecture. Consequently, computers with shared GPU memory are unsuitable for activities such as video editing, machine learning, or professional gaming.

However, recent developments show that manufacturers are finding ways to improve performance on systems with shared GPU memory. Although laptops have become more compact, many of these devices can now undertake graphic-intensive applications more effectively than they did in the past.

Who Should Use Shared GPU Memory?

If you want a computer for tasks like document processing, TV streaming, and web conferencing, you’ll do just fine with a shared GPU memory. Your system will handle those tasks seamlessly without putting excessive strain on the main computer’s RAM. You can even play some games, too.

However, when you throw in some intensive tasks like video editing, AI, and high-end games into the mix, your shared GPU memory will not be sufficient. As a result, your computer will experience lags, and some programs may even shut down.

So, if these intensive tasks constitute your primary computer usage, you should consider getting a system with dedicated GPU memory. That way, your GPU can compute and process data for the monitor to display without stressing the system’s main RAM.

Do you know that you can boost your graphics card’s performance beyond its original specs? We refer to this concept as “overclocking.” More of this is in the next section.

Overclocking is a simple technique to improve PC performance without spending money on the most recent GPU model. The graphics card manufacturer often sets a pre-set performance level or “clock speed” for your graphics card.

Overclocking is the process of fine-tuning your graphics card for improved performance. The higher you overclock your GPU, the more processing power it has, resulting in faster multimedia file rendering and smoother gameplay.

However, if you can’t overclock your hardware, there are various software-based ways to improve your PC’s performance, such as “Sleep Mode.”

Whenever the concept of overclocking comes up, many people often ask: is overclocking safe for your computer?

Is It Safe To Overclock Your Graphics Card?

Although overclocking raises the temperature and stress on your GPU, there’s no need for an alarm. At the worst, your computer will crash and freeze. If this happens, you can always return to the original settings.

Theoretically, overclocking your graphics card may shorten its lifespan. However, there are no statistically relevant data to support this.

A shared GPU memory refers to a computer design in which the GPU lacks a separate chip. Consequently, the graphics card will share the computer’s random-access memory resources with the CPU and other components. Shared

GPU memory has advantages and disadvantages. Such a setup will reduce manufacturing and, of course, purchase costs for the user.

The main disadvantage is that such architecture limits the graphics card, and eventually, the overall computer performance. Remember, other processes are still using the same RAM.