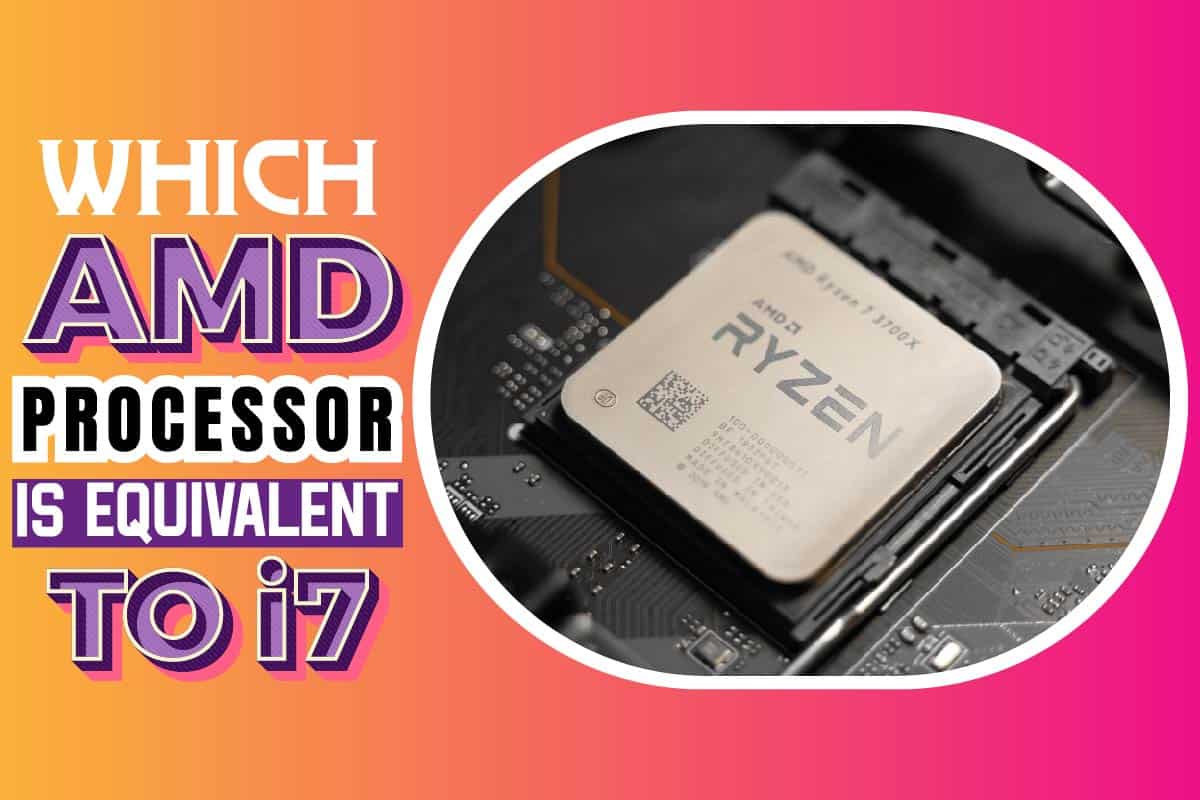 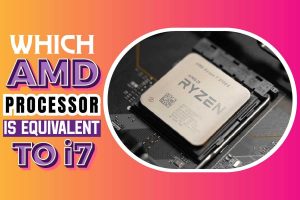 One of the most crucial components of PC building is the processor, and you’ll have to choose one among hundreds of products from multiple generations, all of which come from either AMD or Intel.

If you prefer AMD over Intel for their superior multi-core performance but are confused about which one to pick, then this article is just for you. So, which AMD processor is equivalent to i7?

Below, we’ll discuss this in detail.

What Are The Factors That Determine The Performance Of A CPU?

You can’t just compare an Intel i7 processor from their 3rd generation to the latest R7 AMD Ryzen processor, as that wouldn’t be a fair comparison. In this section, we’ll discuss the factors that influence the performance of a CPU. Once you’re through this, you’ll be able to compare two CPUs properly.

Firstly, processors usually experience a significant performance jump from one generation to the next. This is why it’s not practical to compare a CPU that was launched two years back to one that was recently released.

For example, while you’ll find Intel 11th generation processors on the market, there are AMD 5000 series and 3000 series processors. New buyers get much more perplexed when they find out there’s no 4000 series from AMD, at least for Desktop CPUs.

Bottom line is, comparing an AMD Ryzen 5000 series CPU to an Intel 5th Gen CPU isn’t fair, because they weren’t released in the same time. When comparing two CPUs from different brands, you should focus on the time they were released in.

CPUs come with a definite core number and thread number. Their single and multi-core performance depends greatly on the number of cores, threads and how well the architecture of the CPU can harness that power.

Up until the 3000 generation of CPUs from AMD Ryzen, Intel used to lead in terms of single-core performance. Single-core performance is a much-needed factor when gaming, and this is why you’ll find Intel pulling ahead in the gaming sector. So, gamers usually go for Intel build.

On the other hand, there’s multi-core performance. Multi-core performance is necessary for driving productivity apps. One of the most popular benchmarking tools for CPUs is CineBench. Once you benchmark an Intel and an AMD CPU with this tool, you’ll find the AMD one pulling ahead greatly.

Thus, those who are looking forward to building a productivity workstation would do better with an AMD Ryzen setup.

However, things did change by a great deal after AMD launched their 5000 series. The 5000 series are much more expensive than their Intel counterparts. However, they are far superior in terms of performance. So, if raw power is what you’re looking for, you should go with an AMD 5000 series CPU.

Some productivity apps are optimized for certain CPU brands. For example, it’s found that Adobe Suite apps go well with the Intel system. So, you should research extensively before picking one side.

1. How to Choose the Right CPU?

The factors that you need to consider for getting the right CPU for yourself are as follows:

If you keep these in mind, you’ll be able to pick what’s right for you. Needless to say, a lot of market research is necessary for picking the right components, and the global silicone shortage made things only worse.

2. Which is the Best R7 CPU Released till Now?

The latest Ryzen R7 CPU is the 5800x from their latest 5000 series lineup. It’s an absolute beast in terms of performance, but still a bit overpriced. You can still go for this if you don’t have enough budget for an R9. If you’re looking for something older and cheaper, the R7 3700x is a great choice too.

3. When Should You Pick Intel over AMD Ryzen?

If you’re building a PC purely for gaming or for productivity apps that are optimized for Intel processors, only then should you pick Intel over Ryzen processors.

4. Do Integrated GPUs in Intel CPUs Provide any Value?

If you somehow fail to buy your preferred GPU at the time of buying the computer, getting a CPU with an integrated GPU will be the best thing you can do. Even if that isn’t the case, some software performs much better with integrated GPUs.

Getting an Intel CPU with integrated graphics will save you from spending the extra on a GPU that you don’t need. So, you’ll be able to wait till you get the one you want. On the other hand, the AMD CPUs require an external GPU even for performing the basic functions.

5. Would You Get Integrated GPUs from AMD CPUs?

You can get the processors branded as APUs from Ryzen, and these come with integrated graphics. However, unlike Intel that integrates graphics even with the top performer, AMD APUs offer a performance that sticks towards the lower-mid tier.

If you need an AMD CPU and won’t be doing any heavy graphical work on your PC, you can still get a great experience out of the APUs.

Hopefully, by now you’ve understood which AMD processor is equivalent to i7. If you keep the pointers discussed in this article in mind, you’ll surely be able to get a processor that’s suitable for you, AMD or not!