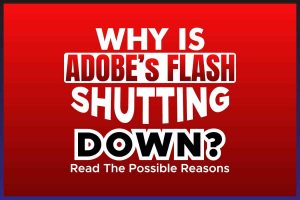 When news of Adobe flash shutting down first broke out in 2017, most people thought it was another joke of the century. The same thing was said about TikTok back then. News of the app shutting down was all over the place. But it has been years now, and TikTok has been waxing stronger.

However, some of us who have followed Adobe flash judiciously knew the end was near. The only issue was for us to know when it would eventually happen. But that was Adobe’s decision to make.

But given Adobe Flash’s relevance, a complete shutdown of the program would leave many internet users heartbroken.

Here’s a summary of Adobe’s official statement, “support for flash ends after the set date.”

Now, this leaves us with a very tricky question.

Why is Adobe flash shutting down?

Most people claim that Adobe’s Flash is shutting down because it no longer has the finances to sustain it. But if you’re a techie or know a thing or two about Adobe, you will know it’s all a lie.

There are two possible reasons Adobe wants to shut down Flash. One is the software’s dwindling relevance. It didn’t take long before Adobe’s Flash joined browsers plugins such as Java and ActiveX in the “insecure” zone.

Adobe had tried everything possible before 2017 to fix Flash but couldn’t get it to the level of other competing programs. Since they couldn’t find a solution, the best thing was to shut down the program.

Another acclaimed reason Flash is going away is because open standards such as HTML5, WebAssembly, and WebGL have all developed massively over the years.

That was what Adobe pointed out back in 2017. They made it clear that the open standards now offer similar functionalities and capabilities that Flash first pioneered.

Furthermore, Adobe explained that several browser vendors were incorporating capabilities plugins once provided in browsers. And such a move had the power to cause a depreciation in plugins’ relevance.

So that’s the answer to the question. But there’s more you need to know about Adobe Flash Player. Continue reading.

Will Adobe Flash Function Beyond 2020?

Unfortunately, the answer is no! It would break many people’s hearts to see Adobe leaving after having such a massive impact on the web. But then, every good story has an ending.

Adobe’s downfall started in 2010 when the late Steve Jobs stopped the iPhone from supporting the software. His reason was that the software was no longer as secure as expected.

In 2017, Adobe made a huge announcement to squash the Flash Player. But nothing concrete happened that year until finally, a decision was reached to end support for Flash Player.

What this meant was that Adobe would support Flash Player until the end of the year. After the year 2020, there will be no more support for Flash.

Features of The Adobe Flash Player

Adobe Flash player boasts a wide array of interesting features. That’s why web developers, designers, and internet users had high regard for the software back then.

After drawing, graphics are saved as vector images instead of the bitmap type, which is why designers enjoy using Flash.

Graphics saved as vector images are of reasonable sizes. They are smaller than the bitmap type. And that’s why most designers fancy the use of Adobe Flash.

Adobe Flash is also a breeze to draw simple images, which are saved as GIFs. Using high-end software for such tasks can be tasking and complex.

Under media effects, you’ll find a whole bunch of features. These include sound or audio, slide shows, video, and animation.

Video and Sound: Without sound and video, animations would not be engaging. But with Adobe Flash, you can add video and sounds to your movies or animation to make them more engaging.

Slide show:  You can use Flash to create an animated slide show that boasts audio and video.

Animation: Animation involves doing the following to an image created using Flash drawing tools or one imported to flash:

Adobe interaction is another incredible feature the software possesses. It enables designers and developers to include user interactions to control animation in Flash movies.

Adobe Flash features buttons that give you control over the animated video. You can start, pause or stop a movie created in Flash using the button.

You can program complex interactions by using the ActionScript programming language. It boasts the capacity to interact with a database, a feature that makes it interesting to use.

How Is Html5 Better Than Adobe Flash?

People enjoy surfing the web via their mobile devices. That alone explains why Google has shown keen interest in mobile-friendly websites. Mobile sites and apps are easily developed using HTML5.

Furthermore, HTML5 is used to develop mobile sites and apps. Plus, it is easy to create and develop mobile-friendly projects using HTML5. Adobe Flash can’t meet up the mobile demands of modern-day business. HTML5 can, so it’s above Flash in the pecking order.

Flash posed a problem to YouTube’s early users. Part of the problem centered on installing the Flash plugin and the struggle of constantly updating the software. It was a problem for both the users and YouTube. HTML5 provides a better format for videos and offers what developers want.

Chrome stopped using Flash in its browser in 2016. There were complaints about Adobe Flash’s stability issue and security gaps.

Most internet giants are now replacing Flash software with HTML5. The HTML5 is now a favorite as it offers superb loading times and efficient security.

You can use HTML5 to store content across multiple windows. And it offers better security against data loss even after the browser is closed. HTML5 ensures that local storage is possible. There is no need for third-party plugins. HTML5 makes browser data storage easier. Data can be cached, and user information is easily stored.

Why is Adobe Flash shutting down? Well, we have provided the answer to the question. But have in mind that every good story has an ending, likewise the software industry. Developers are working tirelessly to provide a better version of most of the programs we have today. And we have to give them some accolades for that.

HTML5 has indeed replaced Adobe Flash Player. But that doesn’t mean Flash doesn’t deserve recognition and respect. HTML5 has fulfilled the needs of developers. And it’s a much better option security-wise.

But then, we are grateful to Adobe Flash for all the wonderful contributions it has made to make surfing the internet a breeze, including making the lives of developers and designers easier. 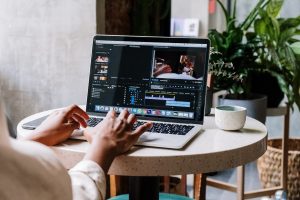 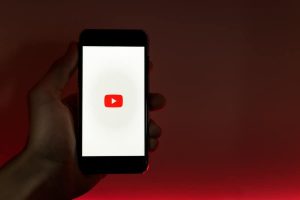 What Model Is My Dell Laptop? Methods To Find Out!

What Is Configupdater? A Vital App For The Proper Daily Use Of Your Android Device