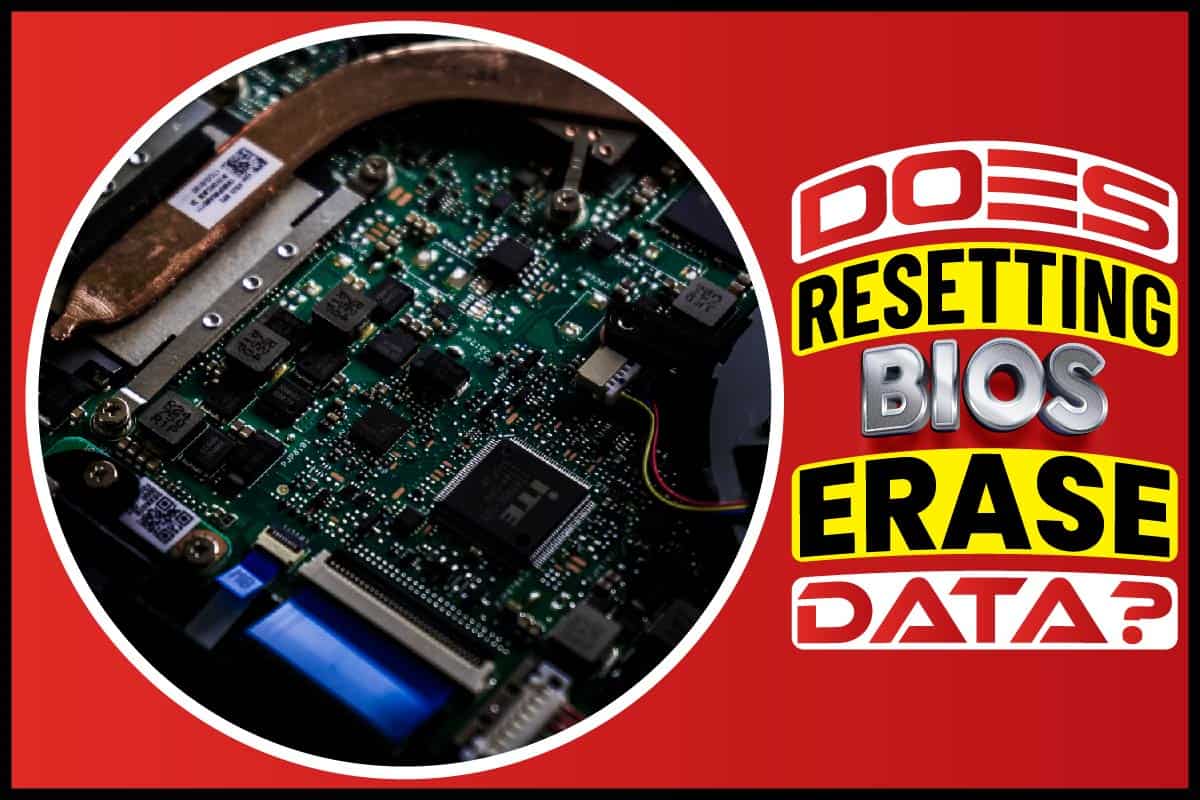 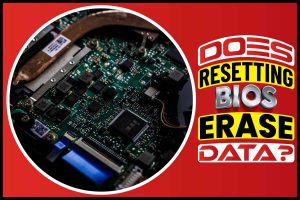 BIOS is the core firmware of a computer that works to initialize the computer’s hardware in the booting period and monitors all the runtime services regarding the computer’s operating system and other programs.

So, when most people face the decision of resetting their BIOS, they come across a common question: Does resetting BIOS erase data?

The straightforward answer to the question is no. Resetting a computer’s BIOS will not erase any data stored in the Hard Disk Drive (HDD) or Solid-State Drive (SSD).

Because when someone resets their computer’s BIOS, it only affects the motherboard’s BIOS chip and nothing else.

Let’s get to know about it more in detail below.

Basic Input/Output System, more commonly known as BIOS, is the core software that runs at the start of a computer’s functions and the sole reason it works is to boot a computer.

This software is already built-in to your computer’s motherboard and is one of the few integrated software that comes with hardware.

BIOS plays the ultimate role of starting a computer and initiating the boot sequence. For that, a computer operator has to do some settings on the BIOS option menu to boot from the preferred and optimal hard drive.

And although that is the primary role of BIOS, BIOS is also used to set up specific values of connected hardware regarding overclocking and boosting. So, overall, it is safe to say that BIOS control whether or not your computer will respond after you power it.

There will now be times when a computer requires resetting its current BIOS for a firmware update or any hardware-related issue.

And many have concerns over this matter as there will be some changes that one will notice after resetting their computer’s BIOS.

What Happens When You Reset BIOS

Now, although BIOS doesn’t erase data from Hard Disk Drive or the Solid State Drive, it does erase some data from the BIOS chip or from the CMOS chip, to be precise, and this is quite understandable as you are resetting the BIOS after all.

The data that gets erased is the settings you or a computer operator has made on the BIOS before resetting the BIOS.

That means you will lose all your data regarding the XMP settings on your RAM; processor overclock settings, GPU overclocks settings, boot drive settings, and a few input & output settings in general.

Now, that may seem like a lot of erased data, and if you are not entirely familiar with the BIOS option menu, it can seem daunting to you if you had to set all of that backup. But that’s not the case here.

Because even though all the settings data on the motherboard’s BIOS chip has been erased, they all have returned to their standard default settings, which will work fine as long as your boot devices are in place.

But in some cases, when your computer or laptop has more than one hard disk drive or solid-state drive, then the proper boot priority order may not be the default one, and you might have to change it from the boot menu; otherwise, your computer won’t start or boot.

And although this scenario is quite rare, it is also relatively easy to set up the boot device order from your BIOS option menu.

But most of you won’t have to face this issue. If your motherboard has optimal features, then after resetting the BIOS, the boot order will almost always return to the previous boot order, but there can always be exceptions.

So, to answer the question: does resetting BIOS erase data, it is safe to say that no, you won’t lose any data from your hard drives or SSD drives, but you will lose the BIOS settings data from the BIOS chip of the motherboard of your computer.

Here are the frequently asked questions regarding resetting BIOS:

1. Will resetting my BIOS revert my XMP settings?

Yes, resetting the BIOS means that all of your previous BIOS settings are now reverted to their default value, and that includes your RAM’s XMP settings too.

2. What will happen if I turn off my device during BIOS update or reset?

Your BIOS won’t update or reset, and your motherboard will turn into a brick. Meaning it will be rendered useless.

So, be extra careful when updating BIOS. It is suggested that you shouldn’t update or reset BIOS in a situation where your device might get turned off without any notice.

3. Can I recover my BIOS settings after I’ve reset my BIOS?

Unfortunately, you can’t recover your erased BIOS data after you have done a complete reset of your BIOS.

4. Is BIOS connected with a CMOS battery?

Yes, BIOS is connected with a CMOS battery. Actually, the CMOS battery protects the data that is stored in the BIOS. Without the support of a CMOS battery, your BIOS won’t have any data stored, and this will lead to your computer not starting up.

Hopefully, this article has answered all your concerns regarding the question, does resetting BIOS erase data. And we hope that you got a better understanding of how BIOS handles the reset process from beginning to end.

So, if you are feeling confident enough, then it’s time for you to reset your BIOS to improve the performance of your computer. But just to be safe, make a backup of your important files, and best of luck!