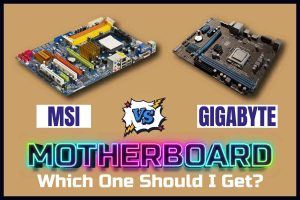 When building a PC, the Motherboard is the core and provides the machine with the power it needs to run without any hiccups. Therefore, it is essential to get the best Motherboard you can within your means. If you are a PC gamer or work with a lot of high graphics, it is no surprise that you will be needing a powerful motherboard.

Today we have brought you the two great brands that manufacture motherboards, MSI and Gigabyte, and so the battle of MSI vs Gigabyte Motherboards will be on. If you have been around the world of computers for a while now you must have come across these two names and that too of course for good reason.

Since both of these brands are big names, choosing between them can be a huge struggle so we will be guiding you to pick the motherboard brand that checks all of your boxes.

MSI which stands for Micro-Star International is a multinational information technology corporation in Taiwan, that has managed to create and hold its name in the tech industry for years now. Their Motherboards are well-known for their high quality and durability throughout their usage time.

You have probably seen MSI components being used by people with fancier setups, and well that’s because a lot of MSI motherboards are more on the premium side.

Additionally, their solid build quality is bound to be appreciated by all users who intend to use their PCs for a long time. Although performance varies from board to be board, MSI is known to produce reliable products all the time and they also have great support for users to assist them if they have any issues.

Almost all computer enthusiasts know about Gigabyte, and especially about their motherboards upon which the brand mostly focuses.

Although Gigabyte does not have many different product line-ups the ones they have are generally all excellent. Gigabyte products also work amazingly with intel and AMD components.

With a reasonable price tag, you will be getting high-end features on Gigabyte boards such as the Gigabyte Aorus X570 Master. To make everything better these boards are designed in a way that they look aesthetically futuristic and will surely make your setup a tad bit cooler!

As mentioned before, both MSI and Gigabyte are big names in the computer world. Thus, it is extremely difficult to choose between these two companies while purchasing a motherboard.

You will not be at a large disadvantage with either brand, but since everyone has different priorities that may want to fulfill a comparison will be very useful.

Both Gigabyte and MSI are Taiwanese companies, and both of them were started around the same year of 1986, so they have been here for 35 years as of now. MSI has a huge lineup of products besides motherboards, but the same cannot be said for Gigabyte.

While both brands are very popular, it is without a doubt we can say that MSI is definitely more mainstream and there are more users worldwide.

With saying that, we must say that Gigabyte is not too far behind and has begun to hit the mainstream market just recently.  The actual reason why Gigabyte is not as mainstream is due to their smaller range of products, so naturally, their motherboards get a bit less attention.

Furthermore, the recent models have excellent cooling systems so you will not have to fret about any thermal issues during long hours of usage. If you are planning to build your computer, then you will be excited to hear that the process of installing MSI motherboards is very simple and easy.

Additionally, there are plenty of diagnostic solutions to help you out in case of any issues.

Some MSI motherboards such as the MSI Creator TRX40 come with Mystic RGB lighting which can spice up its aesthetic and take your setup to a whole other level.  For all of you working with intel components who want to go all out on their motherboards, we would say MSI MEG Z490 Godlike is a smart option.

But keep in mind, with the MSI MEG Z490 you will be using two 8-pin CPU power connectors, which can annoy some users.

Now onto Gigabyte, Gigabyte motherboards will be your best friend if you are looking for something that will NOT break the bank! Gigabyte Z490 and the Gigabyte Aorus X570 Master, are dominating the market recently all thanks to their great performance on a budget.

Although the two products mentioned may not be the most powerful boards in the market, but they are still amazing picks for anyone.

Gigabyte motherboards work best with Intel and AMD processors, but they work well with other various modern GPUs as well. For cooling, many motherboards from Gigabyte such as the Z490 use thermal reactive armor which does a perfectly fine job.

You may have already understood by now that MSI motherboards are more on the expensive side when compared to the ones produced by Gigabyte. To put into context, the MSI MEG Z490 will cost you hefty sum, while something like the Aorus X570 Master lies in the more affordable department approximately.

MSI has more budget-friendly options as well, but the cheaper Gigabyte boards shine much more.

1. How long does it take for MSI and Gigabyte Motherboards to wear out?

Since motherboards by MSI and Gigabyte generally have a very strong built, it will take them about 10 to 20 years to wear out. However, almost all users update their motherboards long before they wear out.

2. Is it smart for beginners to buy the cheapest motherboards?

The motherboard of a computer is often referred to as the backbone, so going cheap on it will not be a wise decision. It is better if you look at more budget-friendly options by Gigabyte.

3. What is the real advantage of getting high-performance motherboards by MSI and Gigabyte?

With a better motherboard, you will have improved visuals which will be the most apparent in gaming.

4. What is the use of MSI motherboards with impressive overclocking performance?

This means that you will be getting higher frames per second, so everything on the screen will appear much smoother.

5. What are the latest releases by MSI and Gigabyte?

One of the latest releases by Gigabyte is the Z590 Aorus Xtreme, and one by MSI is the MEG Z590 Godlike.

After giving you a thorough comparison of the two brands in our MSI vs Gigabyte Motherboard comparison guide, we hope you are a step closer to making your decision of which brand to choose. If budget is not an issue, then go for premium options by MSI.

However, if you are looking for something budget-friendly, Gigabyte motherboards are the way to go. 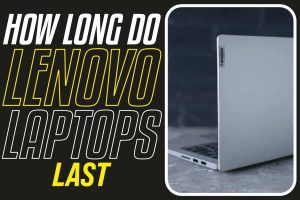 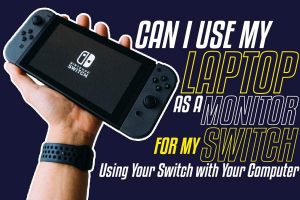 A Guide To Recover Data From A USB Flash Drive

How To Draw With A Mouse: A Guide

Why Is My Computer Fan So Loud All Of A Sudden?