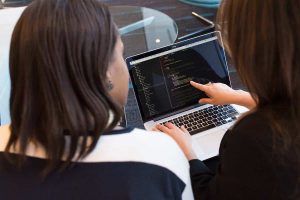 The relational model is simply a representation of the database as a compilation of relations. A relation, on the other hand, stands for a table of values where each row contained in the table stands for a set of related data values. The rows in this table represent a relationship or a real-world entity. The column names and table names are very useful in the interpretation of the meaning of the values of each of the rows. In the case of the relational model, the data is usually stored in the form of tables. This storage of the data is however quite independent of the way and manner such data are organized logically. However, what is Tuple in the database?

What is a tuple in the database?

A tuple is simply a row contained in a table in the tablespace. A table usually contains columns and rows in which rows stand for records while columns stand for attributes. A single row of a table that has a single record for such a relation is known as a tuple. A Tuple is, therefore, a single entry in a table; it is also called a row or record. They usually represent a set of related data, in Maths it is simply an ordered list of elements.

It should be noted that the relational model arranges data into at least one table of rows and columns using a unique key. The columns are referred to as attributes while the rows are called tuples or records. Furthermore, each of the rows as contained in a table has its unique key. Also, the rows in a different table can be connected by including a column for the key of the linked row.

What Is The History Behind The Relational Database?

The relational database came into being back in 1970 at IBM by a certain E.F. Codd. He introduced the term during his research paper known as “a relational model of data for large shared data banks.” During this study, he made clear what he meant by the term relational. It is however important there is no total commercial compliance with Codd’s 12 rules. It is on this basis that the term has become increasingly associated with a wider category of database systems.

Back in 1974, IBM started creating System R which was a project aimed at creating a prototype RDBMS. Oracle, however, has the first commercially available RDBMS and it was released back in 1979.  As of 1984, the first RDBMS was created for Macintosh and it was code-named the Silver Surfer? It is also interesting to note that the first system that was sold in the form of an RDBMS was the Multics Relational Data Store which was in 1978. The majority of commercial DBMSs are known to use SQL as their primary query language since 2009. There have however been alternate query languages such as the Ingres QUEL.

What Are The Relational Model Concepts?

Some of the relational model concepts include the following:

What Do We Mean By Relational Integrity Constrains?

The key to a table is simply an attribute that can effectively identify a tuple. It should be noted that the value of the attribute for more than one tuple in a certain relation is expected to be unique.

This is one attribute that could be disrupted if a value is simply not appearing in the reflecting domain. It could also be so if it is not of the right data type. Domain constraints usually indicate that in a certain tuple, each attribute’s value has to be unique. This is indicated as data types that include real numbers, standard data type integers, Booleans and characters.

This is simply the base of the concept known as foreign keys.  A foreign key can be simply defined as a vital component of a relation which ought to be referred to when dealing with other relationships. It is however important that the key element must be present in the table.

What Are The Operations Obtainable In A Relational Model?

There are four different operations carried out concerning a relational database model and they include update, insert, select and delete.

The delete is usually used to remove tuples from a table while the insert is used to add data to an existing relation. Select is used to choose data while modifying permits you to make modifications to the values of attributes that exist in a tuple. Whichever one of the operations being executed, relational database schema must not be violated.

What Are The Ideal Practices For Creating A Relational Model?

When creating a relational model, there are a few things you should be mindful of. First, you have to ensure that the data is represented in the form of a set of relations. Also, every one of the relations must be indicated on the table while also making sure that each of the rows should contain information about certain instances of a given entity. In addition to this, cells of a given table must hold one value while columns should contain data on the attributes of a given entity. Finally, the values of a given attribute have to be gotten from the same domain while also ensuring that no two rows can be the same.

What Are The Advantages Of A Relational Model?

There are several positive attributes of the relational model. Firstly, it is a simpler model when compared with the network and hierarchal network model. In addition to this is the fact that it is quite easy to use as tables made up of columns and rows which are easy to comprehend. It also boasts of structural independence because it is only interested in data and not the structure which helps in improving the model’s performance. Furthermore, the relational model boasts of data independence as its structure can be modified without a need to alter any of its applications. It also helps in the navigation of complex databases by high-level query language such as SQL. And finally, it is quite scalable regarding the columns and rows.

Are There Any Disadvantages To The Relational Model?

Yes, there are a few disadvantages to the relational model. Firstly, relational databases are known to sometimes have limits with field lengths and they can also be quite complicated with an increase in data while the relations that exist between pieces of data can become more complex. Furthermore, complex relational database systems may cause isolated databases where their existing information may not be shared between two systems.

Does Using Ethernet Slow Down Wireless?

Having discovered what a tuple is in the database and its application, it is imperative to highlight the fact that it is quite important. As shown by Codd, data relationships of arbitrary complexity can be illustrated using a combination of concepts. From the look of things, we are in a data-driven world and only those who master its use will continue to take the lead. 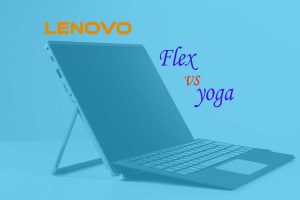 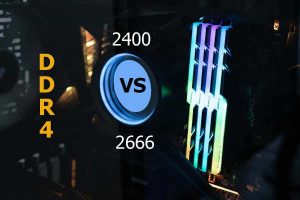 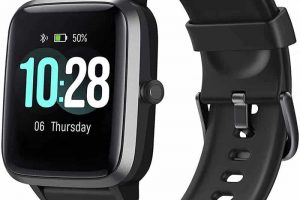 Hey, my name is David Huner, a Tech Lover who has written thousands of tech articles for different high authoritative sites earlier and gathered great knowledge on this category. I was graduated from The University of Phoenix-Bachelor of Science in Business and Finance. Also I have an Associate Degree in Electrical Engineering Technology from Cleveland Institute of Electronics. I like to write about different tech ideas the most. Also, I like to test different types of gadgets and write reviews on them. With my huge knowledge in this field, I started this blog to provide you the most informative and accurate tips and tricks. Keep reading and enjoy it!

How Long Should A MacBook Pro Last?

How Long Should A MacBook Pro Last?

What You Need To Know About CCPA and Mobile Phones

People Management Within The Workplace