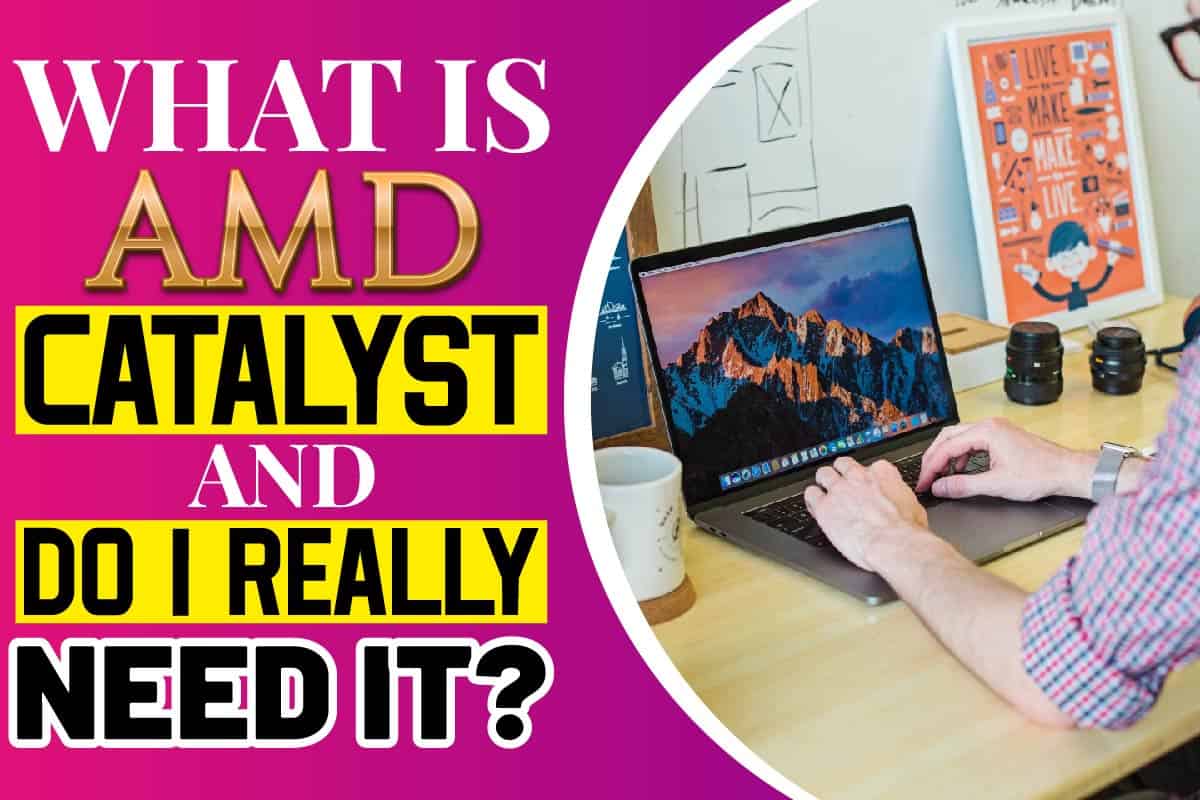 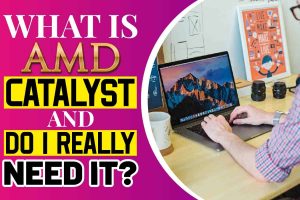 If you’re an AMD Radeon GPU or APU user, the chances are that you’ve heard of the AMD Catalyst Control Center app. This is a must-install software for certain GPU users. However, people often don’t understand its functions properly.

Wondering what is AMD catalyst and do I really need it or not?

The AMD Catalyst lets you update the drivers to support the ever-changing games and productivity apps, but it also allows you to tweak the graphical settings. You don’t need the AMD Catalyst in every GPU because AMD switched to the modern Crimson software a few years back. And you still may need it for using older GPUs.

In this article, you’ll find all about AMD Catalyst and more. So, stick to this till the very end, and we guarantee that you’ll have a comprehensive idea about this software.

An Alternative: Use Crimson Software Instead

The Crimson software was released by AMD a few years back, and this is one of the best software that you can get right now. This one’s very responsive offers a modern interface, and also comes with a very accessible UI that lets you tweak everything efficiently.

It offers four sections that are considered to be absolutely necessary for a gamer, content creator, or even an enthusiast. The ‘Home’ page will let you view all the recent games you’ve played and how the system performed for those games specifically. It also shows if the drivers are updated or not.

One of the best widgets that you’ll find here is the upgrade advisor. It’ll show the GPU and CPU you’re using at the moment and whether it’s advisable to upgrade to a better device or not.

Then there’s this gaming tab. This tab shows you performance reports, whether your system is compatible to run the game or not, total game time, how much time you’ve spent on the last session, and tons of other settings.

The third tab is designed for streamers. This one will let you record gameplay, stream directly to different platforms, and take screenshots.

You can either track these metrics through the software interface, or you can enable the overlay to track them in real-time. It’s amazing how accurate this software is in reporting real-time metrics.

With the help of these, you can fine-tune your hardware so they can provide the best performance with the coolest thermals and least possible power draw. It’s safe to say that this section has been designed for enthusiasts, and it looks very modern.

Although AMD has decided to switch to the latest Crimson software, if you’re using some of the much older GPU models, such as one from the HD series, you’ll be better off with the AMD Catalyst.

The AMD Catalyst was built for those GPUs especially, so it does manage to squeeze the best performance out of those GPUs. Then again, the Crimson software is a lot heavier than the Catalyst Control Center. So, there’s a relatively smaller performance penalty when using this.

This is why recommend users of older GPUs to opt for AMD Catalyst instead of the Crimson software. You’ll miss out on some amazing features for sure, but at least there will be no performance penalty!

Can You Not Use Catalyst?

If you don’t want to use a catalyst, you can skip out on that. Windows do offer a decent base-level driver that can drive AMD hardware. However, the drivers provided by Windows won’t let you play 3D games and productivity apps. All you’ll be able to do is play 2D games and do regular things on your computer.

So, if you’re looking forward to playing games or using productivity software like the Adobe Suite, then we highly recommend installing AMD Catalyst.

However, as AMD promised, the developers did fix the bugs and performance issues, and Crimson is one of the best softwares for tweaking the system and getting in-depth analytics.

The closest contender to the Crimson is the Nvidia GeForce Experience, and it doesn’t provide even half of the features that you can expect from Crimson.

So, given how well Crimson is doing,  Catalyst Center does seem a bit backdated.

2. Is the AMD Catalyst system a virus?

No, not if you download it directly from the AMD website or use some renowned third-party apps. However, if you download the CCC.exe from some unregulated website, then a virus can come with the same icon and name as AMD Catalyst System and can potentially damage your system.

This is why we highly recommend downloading the AMD Catalyst from the official AMD website only.

No, AMD Catalyst Center can be compared to Nvidia Control Panel. It comes with a backdated user interface, and it’s relatively tougher to navigate and use. Once you fire this program up, you’ll get the feeling that everything there is complicated, and you shouldn’t tamper with them unless you know what you’re doing.

On the other hand, the newer Crimson software makes things much more attractive and easier. It’s evidently designed to help the users navigate through the settings

4. How do I fix AMD Catalyst not opening?

There are three main reasons that can keep the AMD Settings from opening. The problem can be with the driver, operating system, or the version of the Catalyst you’re using.

Finding that your ‘AMD Catalyst is not opening’ can be pretty frustrating, but they can be fixed through some simple steps.

Firstly, you should try downgrading the version of the driver. Some driver versions tend to be a bit unstable post-launch, and they usually take a day or two for the fix. If you’re unwilling to wait a day, you should downgrade to a version that’s lower than the one installed on your computer.

Finally, try re-installing AMD Catalyst itself. If the problem isn’t with the other two factors, then this will definitely fix the problem for you.

To fix this, you need to change some security properties of the software. Press the‘ Windows+R’ key and navigate to Program Files. Right-click on ‘cnext.exe’ and enter properties. From there, enter the security tab and click on the edit button.

Now, you’ll find usernames. Select ‘Users’ and tick allow on every option. This should fix the error.

That’s all you need to know to answer your question, what is AMD Catalyst and do I really need it?

Our guide will help you decide whether you should use it or not. If you’re still using an old GPU, then we highly recommend going for this. If you’re using any GPU from the R260 and beyond, we’d suggest switching to Crimson.