Cybercrime is on the rise. Massively. Which is an unfortunate state of affairs when we’re living through a global pandemic that has naturally seen a huge surge in online usage. In fact, during the first lockdown, there were over 4,000 malicious coronavirus related sites popping up across the internet.

In a time when people are looking to the internet for answers, guidance, and help, that’s the last thing anybody needs. And with cybercrime set to cost the global economy $6.1 trillion annually, it’s only set to get worse.

It’d be tough to think of a time without the internet because it’s something we rely on in the modern world. And that’s only going to rise, not just because of the increase in remote working and use of smartphones, tablets and business Mac users, but because of the boom in the Internet of Things (IoT) and connected devices. By 2025, it’s expected that up to 30.9 billion ‘things’ will be connected to the internet. That just means more people and businesses are online, leaving them to be exposed to cybercriminals.

A cyber attack is expected to occur every 11 seconds in 2021.

This is almost twice as much as it was in 2019 and four times what it was in 2016. So you can see how attacks are happening at a much faster rate. More and more people and ‘things’ online has just seen the cybercriminal community grow as they have more opportunity.

Ransomware is one of the most used techniques by cybercriminals. If you’re ever a victim of it, you’re essentially ‘held to ransom’ as the criminals will ask for money, usually in digital currency, to release your system. They could either get hold of your computer or device or, worse yet, gain access to your pictures, passwords, and private information. Many people will pay out to have their personal information given back. Obviously, the best thing to do is to avoid it in the first instance, and that means watching out for suspicious emails – 91% of cyber attacks are launched through spear-phishing emails – so it pays to be ever vigilant.

$18.78 billion budget proposed to fight cybercrime from US Government

It’s good that the government recognizes the serious threat of cybercrime. Even better that they’re investing billions into combatting it, let’s just hope it’s being invested into the best technologies, people, and preventative measures that can keep us all safe.

It’s all about protecting yourself

Whether you need to secure your own personal information or that of your business or employees, being proactive can dramatically reduce the risk of being a victim of cybercrime.  Educating yourself on the risks of cybercrime and how it can appear in many guises, you’ll be able to keep yourself safe as well as prevent any serious data breaches.

A report into this has shown that cybersecurity awareness training, especially in business, can reduce cyber risks by up to an impressive 90%.

It’s not like we’ve not been doing this ourselves for a few years anyway. Back in 2016, as part of a TrustArc survey, 74% of Americans started to limit their internet usage because of privacy concerns. 51% stopped clicking on ads, 44% decided not to share any personal information online, and 47% of those asked as to why they stopped using a website or app said it was because they didn’t want to divulge personal information.

According to the Pew Research Center, 61% of Americans want to do more to protect their privacy, with over 91% of Americans believing they have no control over how their information is gathered. Sounds scary, right?

But it doesn’t necessarily have to be. First up, when educating yourself, you should check out this internet privacy news to find out what’s currently going on and what steps you can do to protect your online identity, like using a VPN. This particular piece of software is known for providing anonymity and privacy online – something American internet users are craving. And the popularity of VPNs has grown – from 2017 to 2018, the number of users shot up by 165%.

There’s been a further 41% increase of VPN demand across the globe due to the pandemic. Twenty-one more countries have seen a rise, with double the number of users, and here in the US, California remains top of the states with a 51% demand increase. 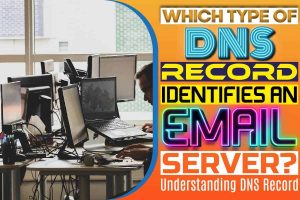 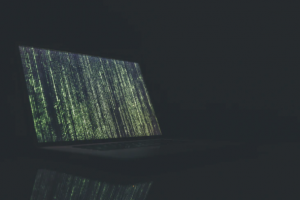 9 Reasons Why Everyone Should Use A VPN 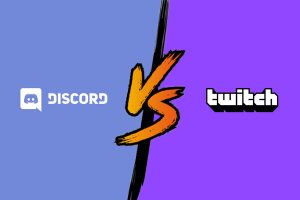 Discord vs Twitch: Which is better?

What Is Usb FDD In Bios? Everything You Need to Know

Is ADATA Ram Good? A Complete Review for You!