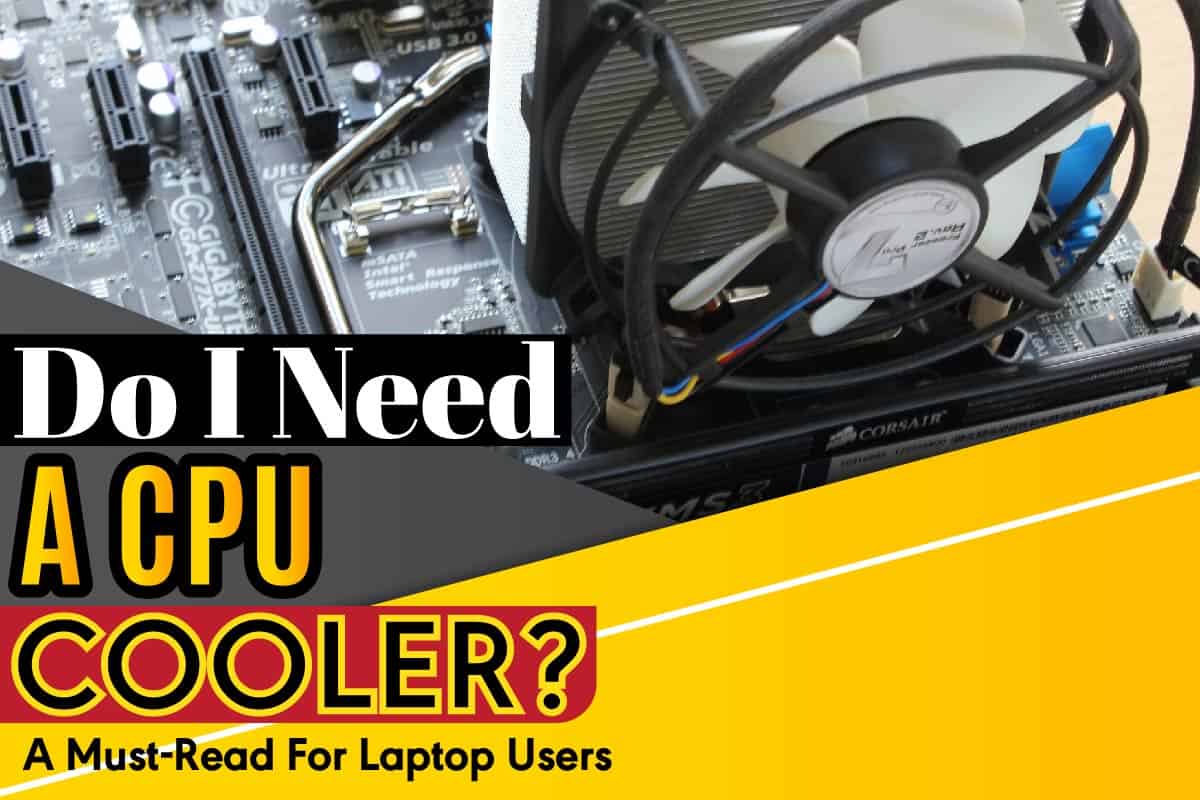 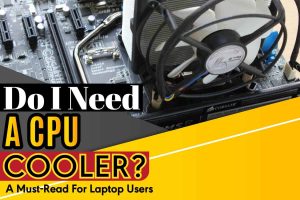 To most people, a CPU cooler isn’t that crucial. I have even read online, on a forum where someone commented that CPU coolers aren’t necessary.

Now the question, do you need a CPU cooler? That’s something you need to ask yourself. We have also made the answer a breeze via this post.

So, continue reading. In the end, you’ll have sound knowledge to make an informed decision regarding the relevance of CPU coolers. But first, let’s answer a serious question.

Do I need a CPU cooler?

Yes, you do. Please don’t mind those that claim a CPU cooler isn’t necessary. If you plan to overclock your computer, getting a CPU cooler would be one of the best decisions you would ever make.

The number one limiting factor to your computer’s overclocking potential is the CPU cooler. If you have a powerful cooler that can keep your processor cool, regardless of the load thrown at it, you can overclock higher.

Continue reading for more understanding on why you need a CPU cooler for your computer system.

What Is A CPU Cooler?

We have discussed this before. But then, no knowledge is a waste. So, let’s go through the definition one more time.

A CPU cooler is a component in a computer system designed to remove heat from a CPU chip. It also does the same to several hot-running chips, which include GPU (Graphics Processor).

A computer system can’t function without generating heat. That’s how PCs are designed to work, in the first place.

What Does CPU Cooler Do?

We’re trying to understand the relevance of CPU coolers. So, let’s delve into the duties of coolers in a computer system.

So, what are the roles of a CPU cooler?

Your processor sits at your laptop computer’s heart. This component is likened to the brain humans have.

A CPU’s job is to execute instructions. And when it does, a laptop is bound to generate heat. There are other heat-producing components in a laptop beside the CPU. An example is the GPU, as we earlier mentioned.

The CPU cooler’s role is to dissipate the heat produced by these components. It comes designed with radiators, fans, and several elements.

All of these components in the CPU cooler work together to ensure that heat generated and accumulated in the computer system is allowed to move away from the working parts of the computer without destroying the hardware.

You’ll find liquid and air CPU coolers on the market. And the exciting thing is that both coolers do work on a similar principle.

They literarily do the same thing. The coolers absorb the heat from the central processing unit and send it away from the hardware.

The heat the processors generate is distributed to the CPU’s metal lid, known as (HIS) Integrated Heat Spreaders. From here, the heat is sent to the CPU cooler’s baseplate.

And the final stage is that the heat is transferred either by a liquid, in the water cooler. Or it’s sent through a heat pipe to a unique fan, where it gets blown off the cooler and finally, away from the laptop computer.

A Handy Tip: You can see that the mechanics describing how the liquid and air CPU work are similar. But one thing you need to understand is that both methods’ heat distribution is achieved in a completely different way.

Whether old or new, the truth is a PC’s responsiveness and speed matter a great deal. Nobody would want to keep a computer that lags. It’s annoying and frustrating to work with such a system.

Your computer can work a lot faster and generally perform a lot better with a CPU cooler than without this component. So tell me why anyone would agree that a cooler isn’t relevant.

Overheating is one of the common issues that occur in PCs. When you turn the system on and open a file, you would feel some level of heat coming out of the computer system.

Overheating is dangerous to your PC’s general performance and health. It can cause you to lose your data within a heartbeat.

Besides data loss, overheating can affect your computer system’s internal organs. It can literarily peck away at the internal organs. These include the CPU, motherboard, and other crucial components in the system.

A hot computer will run slower than another computer (the same model and brand) that’s cooler.

So, generally speaking, a CPU cooler is an essential tool. It can help keep your computer system cool, enabling it to work faster and be more responsive.

How Long Does CPU Cooler Last?

Coolers, particularly AIO coolers, can last for 5 to 7 years if you care for them properly. They can even last longer with proper maintenance.

However, there are people who didn’t get up to 5 years from their CPU cooler. The simple reason is that they didn’t maintain it properly as they should.

But note that most coolers makers tend to raise their pump’s rating to 70,000 hours, translating into around eight years.

Tips On How To Maintain CPU Cooler

Regardless of the cooler that you’re using, you should never rule out proper maintenance. It’s the best way to get more life out of the device.

If you’re using AIO coolers (All in One), maintenance is a breeze. Your focus is to ensure the radiator and fans are in good working condition. Keep them dust-free.

The reason many people prefer AIO coolers is because of the ease of maintenance. You don’t need to break a sweat to keep them dust-free, something that’s quite challenging with other coolers out there.

A Handy Tip: AIO means “All in One.” It’s a liquid CPU cooler that combines radiator, water block, tubes, pump, fittings, and fans into one sleek package.

So, do I need a CPU cooler? That’s the question. However, after reading this post from start to finish, you shouldn’t have a problem answering this question. But here’s a summary. CPU coolers are relevant.

If you have plans to overclock your computer to its full potential, you would understand how vital a CPU cooler is. It keeps your computer cool. Coolers can also cause your computer system to function well when you throw higher loads at it.

So, let no one convince you into believing that a CPU cooler isn’t necessary. It is. A cooler system is likely to have a longer lifespan. You would even enjoy using such a computer more.