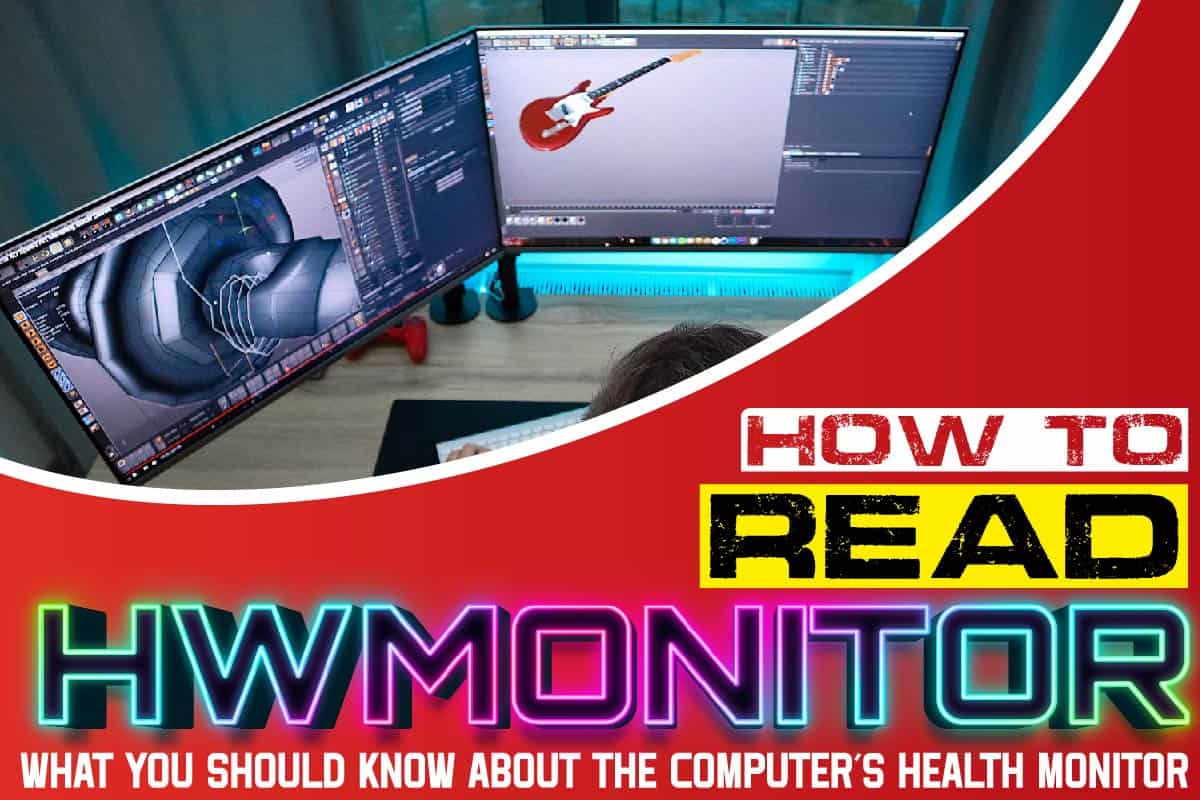 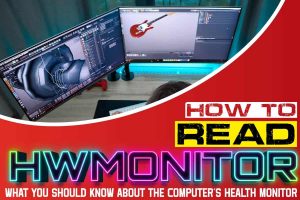 HWMonitor can be described as a hardware monitoring program that provides reading on your PC system’s health sensors. These health sensors include the temperatures, voltages, hard disk health, and speed of the fan. There is no risk associated with this program, and it is pretty accurate because it picks data from primary computer sensors. If your HWMonitor is unreliable, you should blame the computer’s primary component sensors and not the monitoring program. The readouts of this program are easy to understand, and you may find it free on many platforms.

How do Your Read HWMonitor?

You can read HWMonitor through its simple user interface. It displays temperatures and percentage health of significant components of your computer.

What Is HWMonitor And What Types Of Sensors Does It Read?

A hardware monitor, also known as HWMonitor, is a software or app that reads data from all available computer hardware sensors systems. They can also be regarded as intelligent trackers for electronically distributed sensors that you can download for free on any computer.

This app effectively reads, displays and exports data values that are received from the computer sensors. The HWMonitor work with varieties of sensor types, including the following;

In addition to the voltage, temperatures, and fan speed readings, your HWMonitor should also display the health status of your GPU, CPU, and hard/solid-state disk temperatures and general health. The following ways are some of the ways of interpreting your readings;

The Motherboard is the primary source of information displayed on the HWMonitor User interface. The Motherboard inside a computer provides information on the chipset used in its making. This computer chip will provide all necessary values reported for the voltages and temperatures through the motherboard temperature sensors alongside the fan sensors. Keep in mind that the data will be labeled as Motherboard. Keep in mind that the HWMonitor may only report the main fan headers.

2. In-built Temperature Sensors for the CPU

For the CPU where in-built temperature sensors are used, all values will be reported. The HWMonitor mainly works with Intel, AMD, VIA, and many ARM processors. Each of the cores inside the CPU will have its temperature displayed; hence you will see their temperatures instead of the general CPU temperature.

For computer systems with SMART, hard disk support, the hard disk must be enabled within the BIOS before displaying any data on HWMonitor. The test system may rely on a pair of SATA drives within the RAID 1 configuration to display temperatures and other essential data. On the other side, Intel’s Matrix storage manager will not report or display their temperatures on the HWMonitor. Intel Matrix storage monitor will not provide any direct support for the SMART reports on HWMonitor.

Computer systems with monitored power supplies, including the Gigabyte ODIN series, and Tagan JK, can be incorporated into the HWMonitor’s voltage, current, and power monitoring tasks. The software will also monitor these computers’ temperature readings.

Since notebook PCs may get hotter than desktop computers, HWMonitor may be more useful in such smaller computers.

The HWMonitor divides information into five sections, and you must overlook none of the information or data displayed.

The Categories of Information Displayed.

At the top display, the page is the name of the Motherboard’s manufacturer name. You will also find information on temperature, voltage, and Motherboard’s fan speed displayed in RPM.

Below the first category is the second one that displays the CPU name, CPU model, voltage, power, temperature, and utilization.

The third category of the information displayed is the hard drive name alongside the model, temperature, and utilization.

The fourth section displays the GPU temperature alongside clock speed and utilization.

The final category of the information displayed is the Battery model alongside capacity, voltage, and levels. This category is evident when you run HWMonitor on a laptop computer.

The Importance Of The Each Category On HWMonitor

Of all the categories highlighted above, the CPU category seems to be more important than all others. For core i7-3770 CPU, for instance, you may find up to five temperature readings displayed, and each will display core temperatures and the temperature for the external package. The temperature of the CPU package is the one that represents the CPU die.

The second most essential reading on the HWMonitor is the GPU reading. GPU temperature, for instance, will increase when playing games on your computer. If temperature readings keep fluctuating while you lay games, there might be some issues with the GPU. You should check ways of preventing GPU overheating.

Fan Speed is undoubtedly the third most crucial reading on the HWMonitor software. You need to know the optimal or ideal CPU fan speed measured in RPM to tell if there is an issue with the component.

Other Things You Should Know About Using The HWMonitor

There are some terms and definitions you should know when it comes to using HWMonitor, and these include the following;

Your computer’s Motherboard is the primary source where HWMonitor obtains data, and the chips inside the Motherboard provides the values that HWMonitor report for temperatures and voltages.

The Tmpin0 is the primary temperature of the CPU socket, while Tempin1 is the ambient motherboard sensor temperature alongside the temperatures of the fan’s sensors. Tmpin2 is the temperature for the chipset, and that denotes the northbridge or the southbridge.

2. What is the CPU Package Temperature on HWMonitor?

The CPU package temperature can be described as the core temperature around the pin and die. For this reason, it can be the most accurate temperature reading you can find on the HWMonitor.

HWMonitor Main Rivals And Their Features

There is any software that works like HWMonitor, and some of the best options include the following;

This is one of the most notable rivals to HWMonitor, and it is a suitable option for small, medium, and large businesses.

Solar Wind server and application monitor comes with an active directory monitoring feature plus Apache Cassandra monitoring. It can help discover the cause of response time issues with applications and servers.

This is another software that can compete with HWMonitor software. It is most suitable for IT service businesses, Managed service providers, and mid-market organizations.

This software is feature-packed hence there is no surprise that it is priced according to the number of features needed. It also comes with a free trial to help you get used to its operations.

It monitors the health and productivity of all Windows and Mac OS laptops, servers and work stations. It collects the full inventories of your hardware and software. The software also is capable of managing your devices remotely without interrupting the end-users, through its operational remote suite.

It automates your operating system alongside third party application patching for your Windows and Mac OS devices.

This is a cloud-based device monitoring software that provides a remote IT management solution for organizations.

It can manage unlimited endpoints, especially for desktops and servers on both Windows and Mac OS. It also monitors SNMP devices as well as printers, firewalls, switches, firewalls, and routers. With one integrated platform, you can troubleshoot all network issues and those include ticketing and automatic billing issues for organizations.

This software will proactively monitor the performance and availability of all managed devices, including CPU, hardware and memory. It provides an automated report after tracking your computer and server systems health and performance.

It should be noted that HWMonitor remains the simplest software with a simple user interface for computer systems monitoring.